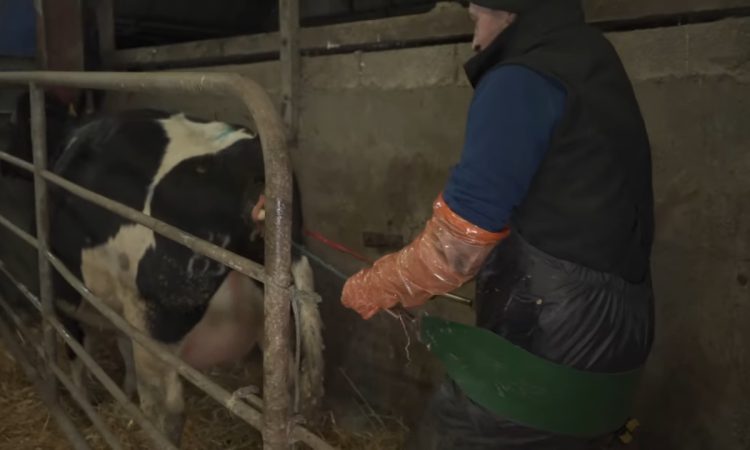 Northern Ireland farmers are costing themselves thousands in additional heifer rearing costs by calving on average four and a half months after the 24-month recommended target.

Improving dairy herd genetics offers the potential to deliver a five-fold return on investment, while also maximizing the profitability and sustainability of dairy production.

“In practice, heifers should have the best genetics on the farm,” they said.

“As an example, the Profitable Lifetime Index (£PLI) of the AFBI Hillsborough herd, which is in the top 1% of UK herds for £PLI (AFBI milking herd average £PLI is 330), is broken down by lactation number in Table 1. This trend of higher genetic merit in replacements is mirrored at a national level.”

Despite previous research showing the economic, efficiency and carbon footprint benefits of calving at 24 months, a significant proportion of heifers still first calve well beyond this.

In fact, the average age at first calving in Northern Ireland was found to be 28.5 months. The figure varies significantly across the UK, with regional averages ranging from 28.1 to 30.5 months.

Concern over lifetime performance and the ability of heifers to compete with older cows are key reasons why farmers are reluctant to calf down at 24 months.

However, the researchers explained delaying calving from 25 to 28 months in a 100-cow herd increases the rearing cost by 18%.

Just an extra three months equates to additional rearing costs of around £5,800/year for a typical 100-cow herd.

The Agri-Food and Biosciences Institute (AFBI) and the Agricultural and Horticultural Development Board (AHDB) undertook an analysis of almost seven million lactation records from across the UK using data sourced from milk recording data from CIS, Dale Farm and NMR.

A subset of data was selected for analysis comprising two million Holstein cows born after 2,000 with age at first calving between 21 to 42 months.

Cows were categorized based on their age at first calving into three levels:

Cows in the low level (those first calved between 21 and 24 months of age) produced an average of 30,901 kg milk (energy-corrected) in their lifetime.

It equates to 1,137 and 3,570kg more energy-corrected milk than the average for cows in the middle and high-level categories, respectively.

For every extra month added to the age of first calving, there is an average decrease of 16 days in the cow’s productive life and a decrease of 0.225 kg/day of daily (energy-corrected) milk production.

“These results clearly highlight that calving at 24 months of age does not negatively affect future performance, but in fact, improves overall lifetime milk production performance by up to 13%,” Dr. Morrison said.

As an example, for every £10 increase in £PLI, age at first calving reduced by three days. This is positive news in that despite not being directly included in £PLI index currently, an improvement in £PLI is positively associated with a reduced age at calving.

“Currently, the genetic aspect of variation in age at first calving is not accounted for inbreeding goals; however, AFBI is discussing this with possible partners as incorporation of ‘age at first calving’ will contribute to overall enhanced productivity and a reduced carbon footprint of dairy production.”

Dr. Shirali concluded: “Dairy heifers should be the best genetics on the farm and should be reared to enable them to realise their potential.

Measuring heifer growth enables producers to monitor performance and adjust nutrition and management accordingly to hit the growth targets to first calve at 24 months of age.

“Hitting these targets will enable heifers to deliver of their genetic potential.

“The detailed analysis by AFBI of millions of lactation records from across UK commercial farms clearly supports these research findings, with heifers that calve at 21-24 age producing more energy corrected milk in their lifetime.

“Each unit increase in £PLI was also associated with a reduction in age at first calving highlighting the role of genetics, which AFBI hopes to explore further in future research projects.”