Following on from a strong sale period in early May, all eyes descended on Carlisle on Friday, June 15, for the British Limousin Cattle Society (BLCS) Summer Sale of bulls and females.

The trade didn’t disappoint at what is traditionally the final sale of the spring/summer season with an 86% clearance rate.

Six of the bunch even managed to cross the 5,000gn mark with just five selling for less than 3,000gns. 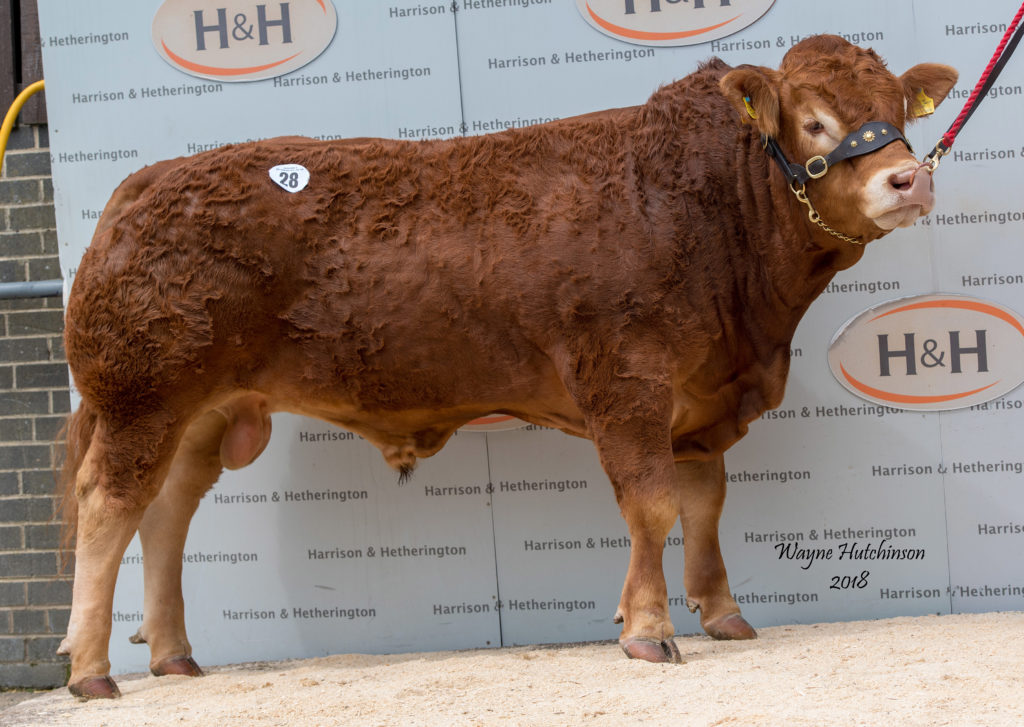 Arradfoot Newyork was among the bulls fetching above the 5,000gn mark[/caption]

A spokeswoman for the British Limousin Cattle Society said: "With commercial buyers at the fore, this sale provided yet more evidence of the robust demand for the breed at the sharp end of the trade.

"Producing carcases fit for market requirements is crucial for commercial beef producers. Over recent years, the BLCS has placed emphasis on meeting these needs, providing Limousin genetics and cattle that meet and surpass their level of expectation for consistency, performance and profitability."

A lot late in the sale secured the top price of the day. January 2017 born Haltcliffe Norse, from the Wigton based Haltcliffe Herd of Craig Ridley sold for 5,800gns.

Sired by the Haltcliffe Vermont son Haltcliffe Gentry and out of the Cloughhead Umpire daughter Haltcliffe Dasher, he is on his way to Messrs Pearson from Caldbeck, Wigton.

On what turned out to be a good day for the Haltcliffe team, the gavel went down at 5,200gns on the next lot in the ring Haltcliffe Nijinsky. 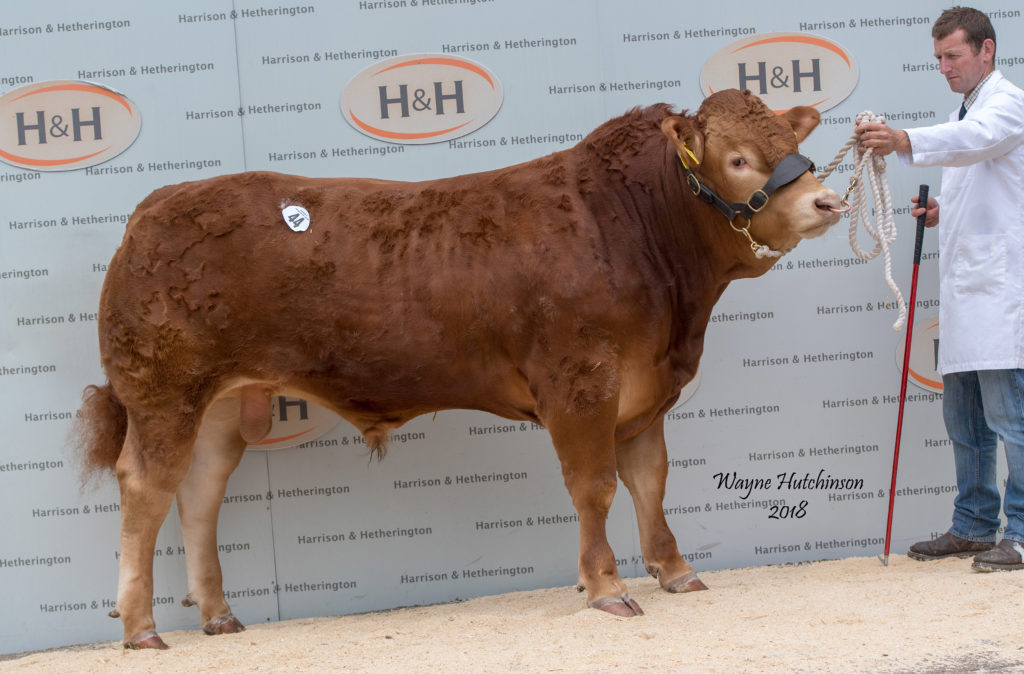 This Ampertaine Elgin son, born in February 2017, is out of Haltcliffe Jezebelle. He was knocked down to GT and MA Wearmouth, South Stainmore, Kirkby Stephen.

The second highest price on the day, 5,600gns, went to the January 2017 born Goldies Nintendo from Bruce Goldie, Mouswald, Dumfries and Galloway. 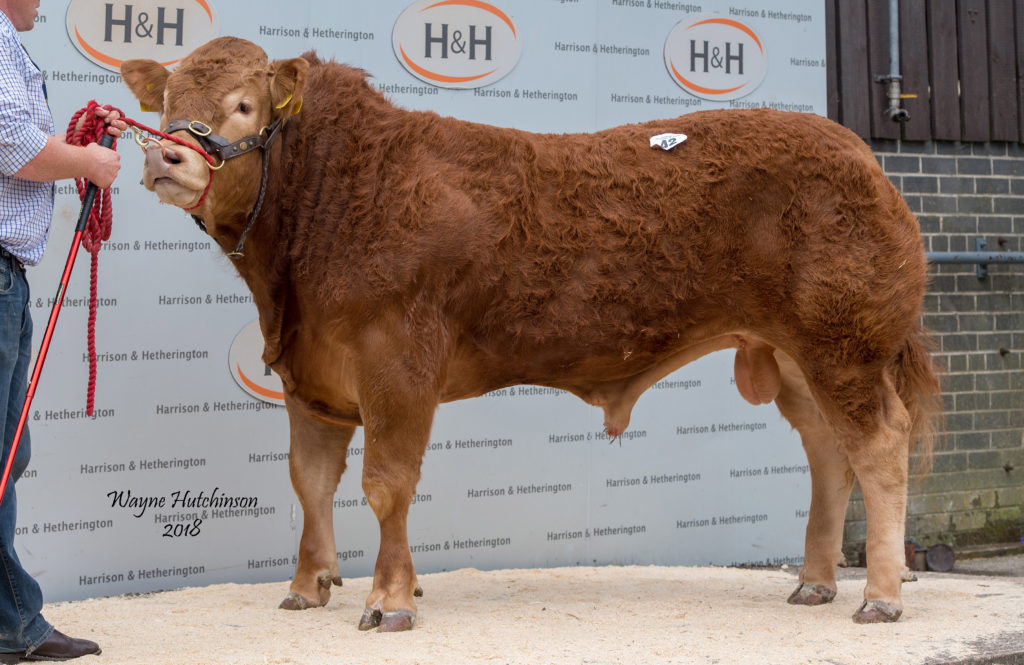 He was bought by Messrs Thwaite and Son, Lartington, Barnard Castle.

At 5,500gns, came Arradfoot Newyork from Thor Atkinson of Newland, Nr Ulverston. Another bull born January 2017, he is described as an exceptionally long calf, with great muscle.

Sired by the well-known Goldies Comet and out of Wilodge Iona, he made his way home with DE and AM Hodgson, Shap, Penrith. 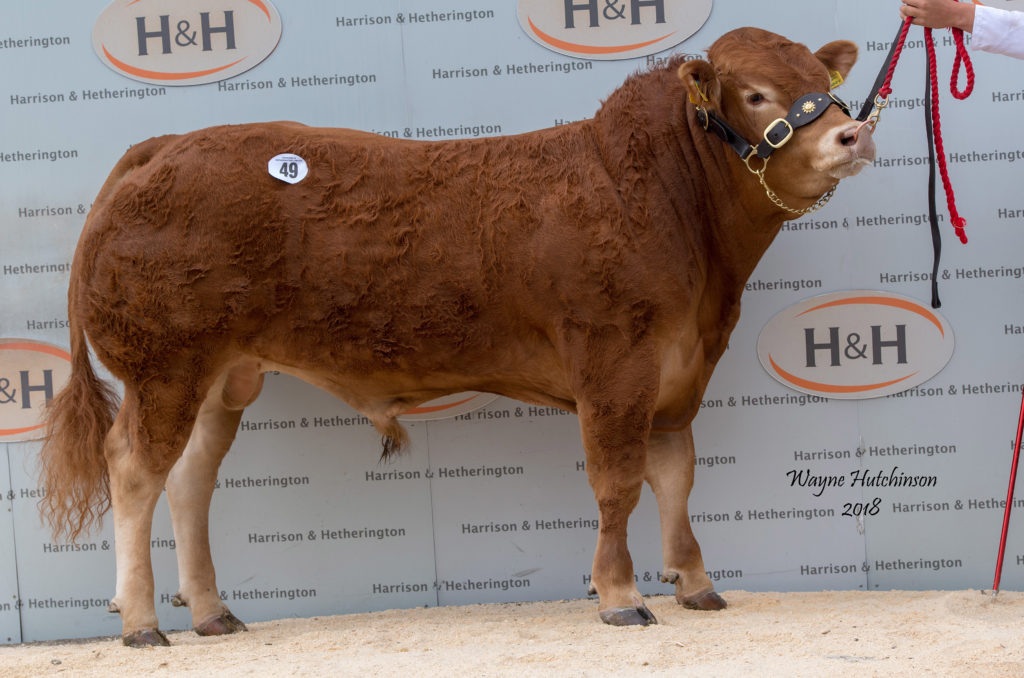 Also selling well for Atkinson at 4,800gns, was the last but one bull in the ring Arradfoot Newark.

The April 2017 bull, also carrying good muscle and length, is by the easy calving sire Netherhall Jackpot and out of Foxhillfarm Infinity. He was knocked down to Messrs Edmondson, Broughton Beck, Ulverston, Cumbria.

This February 2017 born Ronick Hawk son out of Goldies Gracious was knocked down to Messrs Johnson, Oddendale, Shap Penrith.

He will make his way north of the border with Messrs Allison and Sons of Biggar, Lanarkshire.

Following on from the bulls on the day was a tidy cohort of females. Two cow and calf pairs from Jim and Elaine Pattinson, Kirtlebridge, Lockerbie sold to an average of £2,677.50. Both went to TS French, Biggar, Lanarkshire.

Nine of the 11 heifers put forward made a solid average of £1,995.00. Leading the way was a 13-month old from the Blair Drummond based Spittalton Herd of J Burnett.

Spittalton Neve, by the Requin son Huntershall Jeroniomo and out of Spittalton Eve, was knocked down to TP Wigham for his Hargill Herd at Haltwhistle, Northumberland.

Two heifers are destined to travel overseas having been purchased by a repeat buyer based in Spain.