Pictures taken by a scientist on board a research aircraft show the full extent of the devastation caused by the Greater Manchester moor fire.

Prof. James Lee took the pictures on Thursday, July 5, from onboard the UK's largest research aircraft.

The aircraft, which is run by FAAM - the Facility for Airborne Atmospheric Measurements, flew through plumes of smoke to sample pollution levels.

Prof. Lee works for the National Centre for Atmospheric Science, based at the University of York.

Operating the UK's specially-adapted research aircraft, a team of the Natural Environment Research Council (NERC) funded scientists have measured and sampled the air pollution released from the moorland fires at Winter Hill and Saddleworth.

Several of the images show the charred remains of vegetation stretching as far as the eye can see.

The peat fires, which span seven square miles, caused the destruction of habitat and grazing land.

Residents and farmers were also forced to evacuate the area as plumes of smoke drifted across the Greater Manchester.

A video of farmers trying to save sheep from the blaze was shared more than 1,600 times online.

Prof. Chris Evans, biogeochemist at the Centre for Ecology & Hydrology, suggested if the peat burned down to 10cm deep across the reported burned area of 6,400ac it could have released about half a million tonnes of carbon dioxide.

The blazes broke out on the moors in late June during hot, dry weather and have continued throughout the heatwave despite ongoing efforts from the Greater Manchester Fire & Rescue Service. 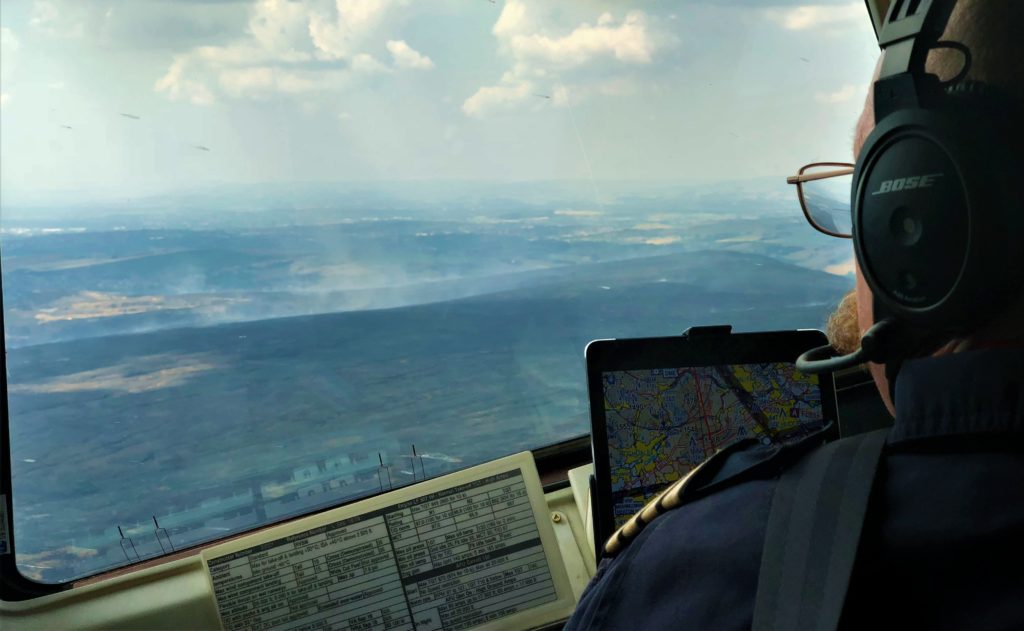 Samples from the fire plumes taken on Thursday by researchers from the National Centre for Atmospheric Science (NCAS) on board the NERC and Met Office aircraft know as Facility for Airborne Atmospheric Measurements (FAAM).

The team has previously used the airborne laboratory to measure methane levels from tropical fires in Africa, but are now using the same techniques to understand the UK moorland fires.

The samples are being analysed to identify gases like methane coming from the burning peat and will identify the other pollutants being released.

This work is part of Project MOYA - the global methane budget, which is a major project funded by NERC. 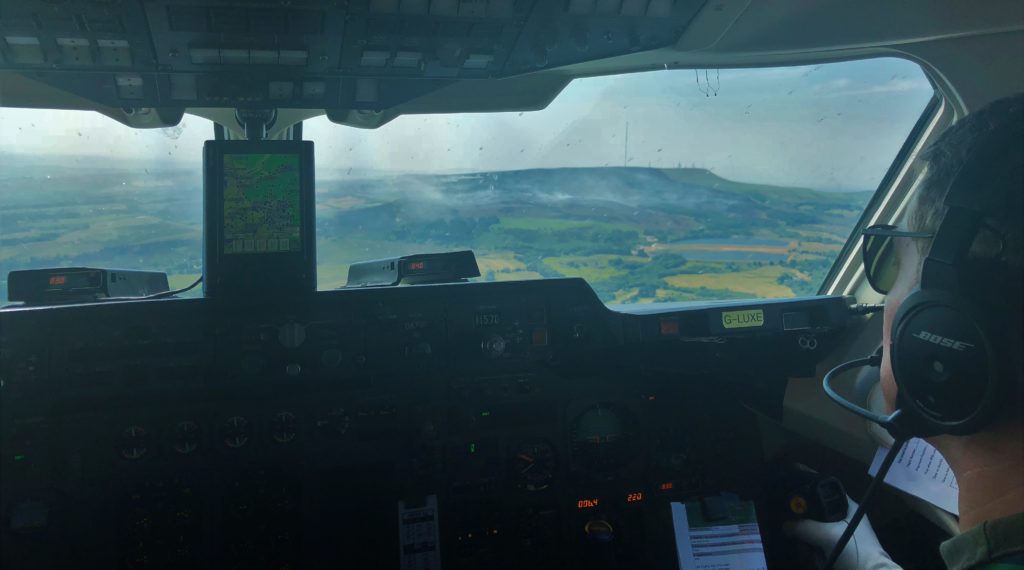 Flight lead Prof. Lee said: "More hot, dry weather due to climate change is likely to lead to more moorland fires in the UK and worldwide, so it is important that we begin to understand the effects on global greenhouse gas levels and air pollution problems.

"The measurements taken on board the research aircraft this week will give us a much better insight into the significant air pollution caused by these fires and allow us to investigate the potential effect of future fires on the quality of the air people are breathing downwind from fires.

"In many parts of the world, burning forests, peatlands and agricultural waste create extensive and long-lasting air pollution events that have large impacts not only on public health, but also on transport systems and industrial productivity."

Video: Farmers race to save sheep from searing flames