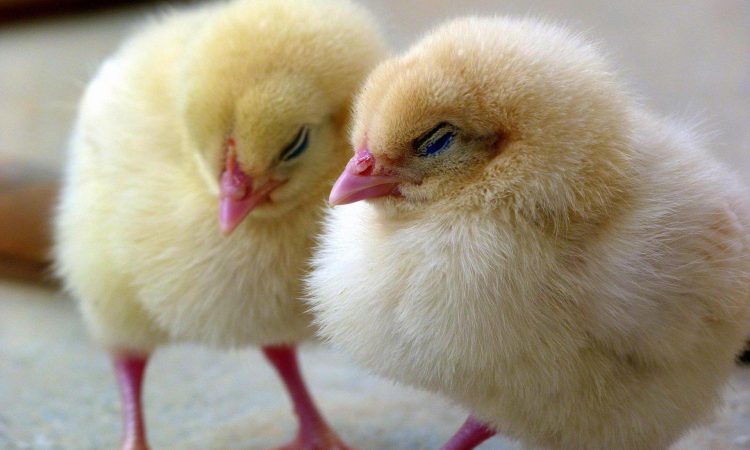 Listening to the sounds made by chicks could help identify welfare problems at an early stage, according to new research involving SRUC.

A team of animal welfare and behaviour scientists from across the UK collected acoustic recordings from 12 flocks of 25,000 chicks.

In nature, chicks attract the attention of the hen with a loud and distinctive distress call when uncomfortable or uncertain of their surroundings.

In a study, published in the Journal of the Royal Society Interface, researchers from the University of Plymouth, University of Roehampton, SRUC, and Newcastle University demonstrated that these calls could be clearly picked up above other noises such as regular calling and farm machinery.

Where previous research has linked distress calling to stress and anxiety-like states in chicks, this study also shows it could predict flock-level behaviour, future growth and mortality rate.

This suggests distress calling may be an ‘iceberg indicator’ – a single measure that captures a range of welfare information at once.

Vicky Sandilands, a senior behaviour and welfare scientist at SRUC, said: “This work shows the potential to use acoustic data from chickens to identify welfare problems which can then be tackled by farm staff. This is an important contribution to precision livestock farming techniques.”

The method used in the research involved measuring the ‘spectral entropy’ of the soundscape –a value that describes how sound can vary from a clear, tonal note up to white noise.

As increasing numbers of chicks call in unison, the usual background noise of the farm becomes overall more tonal.

This method of counting distress calls could act as an early-warning signal to farm staff that chicks require attention and ultimately improve chick welfare across their lifetimes.

The findings support previous studies on the benefits of automated monitoring of livestock for real-time warnings of emerging welfare concerns.

The study was funded by the Biotechnology and Biological Sciences Research Council in an Innovate UK partnership with Greengage Lighting Ltd.