Reseeding by over-seeding is the vision of Vredo

The new year will see LAMMA 2019 take place at the NEC in Birmingham. With just a couple of months to go, exhibitors are already releasing details of the machinery they will have on display.

One company that will be present is JC Machinery of Cheshire. The UK and Irish importer of Vredo will be showcasing its new generation of agricultural over-seeders produced by the Dutch specialists in slot seeding. 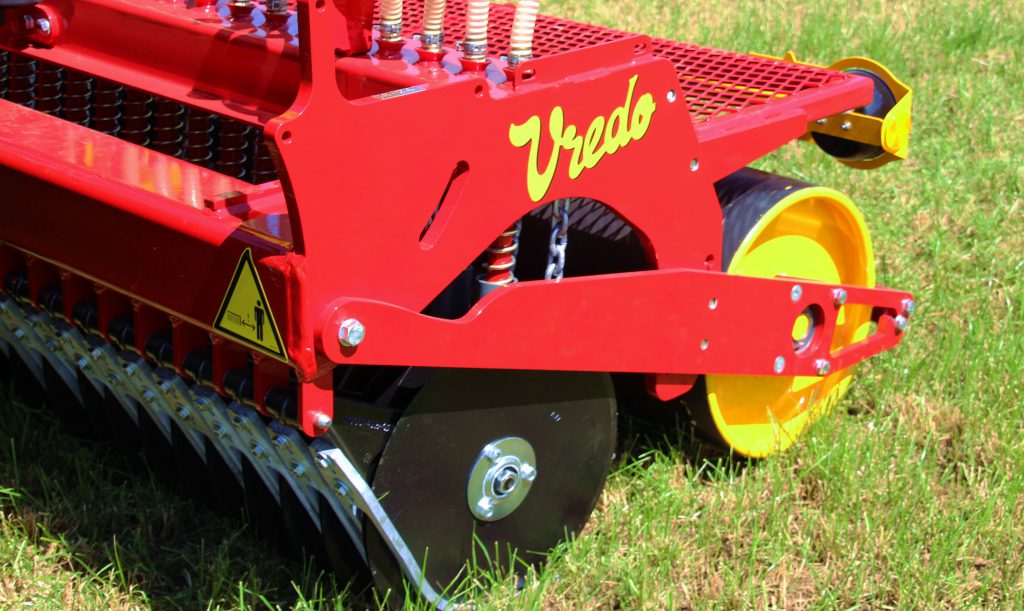 Vredo claims to have been at the forefront of precision over-seeding for over 30 years.

For the revamped range, it has concentrated on the functionality and aesthetics of the machines in order, it says, to provide customers with more precise and sleeker models. 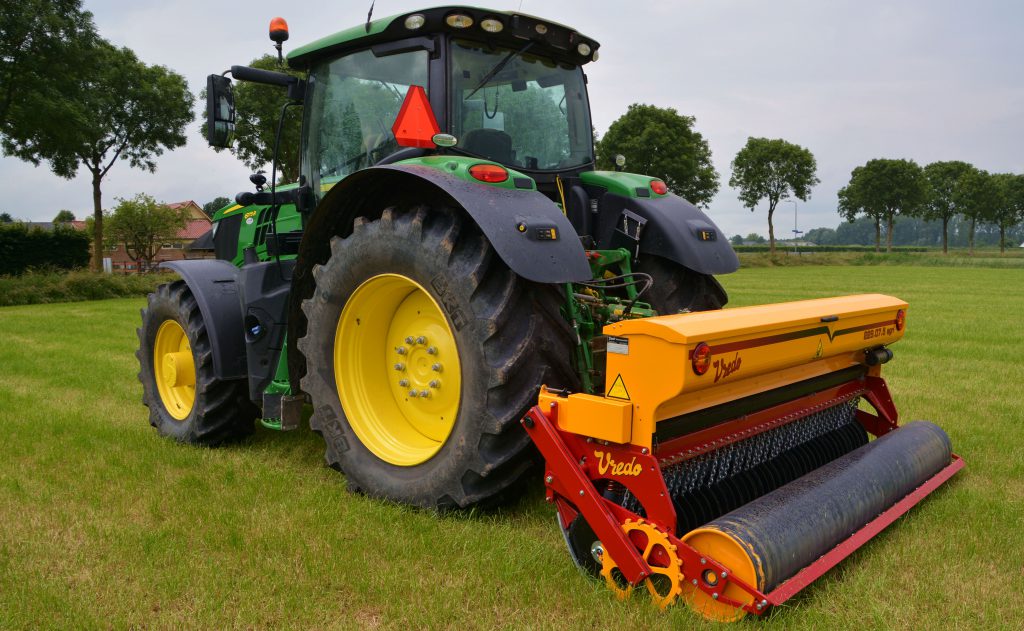 The company goes on to inform us, saying: "Every aspect of the range has been analysed and 're-imagined' to improve the user experience and end results.

"The lid and rear of the seed hopper have been given round shapes, making it easier for the seed to find its way towards the cam wheel, while the platform has been made easier to reach."

Other improvements it brings to our attention concern the Agri Air and Twin series calibration trays - which are now mounted on the inside of the lid. This ensures that the tray cannot be lost in action, while always being stored in a dry place. 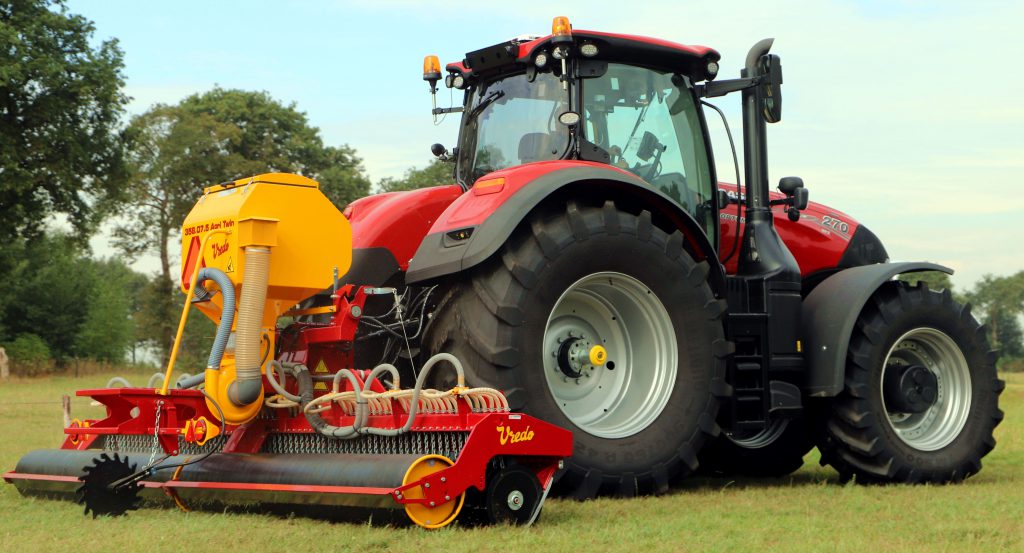 The platform on the Agri Twin seeder is now bigger, mounted higher and equipped with a foldable step for easy access. This makes it easier and safer to load the hopper with heavy seed bags.

Further enhancements to the machines include the addition of LED lights and striping to give the machine a "sturdy" appearance.

Interestingly, Vredo started as a farm contracting business back in 1947 and produces - in addition to its over-seeders - slurry application machines using a similar slot-cutting principle.