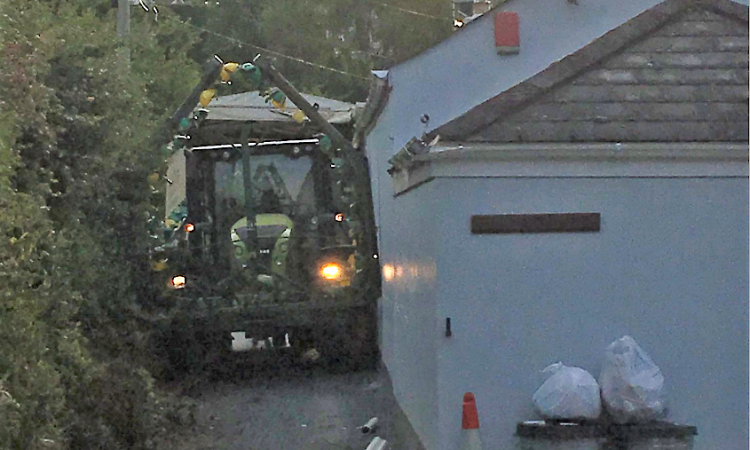 In recent years, tractors and farm machinery have significantly increased in size and weight – with roads and avenues struggling to keep up with the ever-bulkier vehicles.

One tractor driver found this out the hard way in the UK recently, causing a reported three-hour delay as a result.

The incident is believed to have taken place Wednesday morning (July 18), in Cornwall, England, between Devoran and Penpol, according to local reports.

The tractor and trailer combination was found stuck between a house and a rising hillside hedge; while the tractor was already a snug fit in the narrow roadway, the wider trailer however, had no hope and could not squeeze through.

The unfortunate driver subsequently tried to reverse, only to get a trailer wheel stuck in the embankment.

According to local publication Cornwall Live, it took over three hours for the tractor and trailer to be freed due to fear of damage to the house and the machines.

Apparently police were called at about 9:00am and had to call for a recovery lorry to help remove the trailer.

The incident acts as a reminder to all drivers to always be sure that chosen routes and roadways are suitable for the size of their vehicles.