Home » Machinery » Rolls-Royce to supply Claas with 5,000 engines per year

Rolls-Royce to supply Claas with 5,000 engines per year 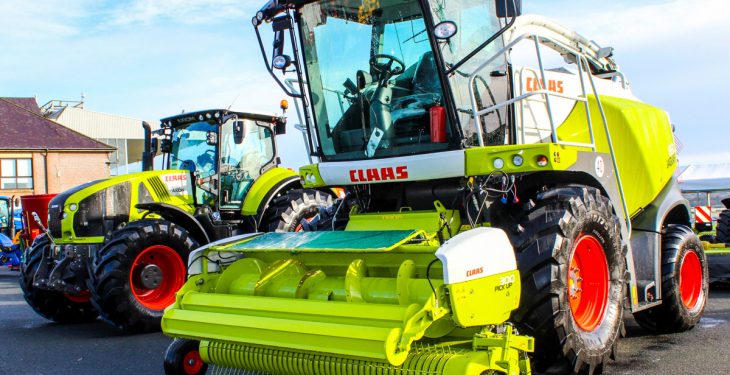 To comply with the latest emissions regulations, Rolls-Royce will supply both Claas and JCB with its MTU engines.

The Claas supply agreement will commence in 2019. When it is up and running, it is expected that Rolls-Royce will supply up to 5,000 engines each year.

Bernd Kleffmann, Head of Systems Engineering Development at Claas, said: “With an eye, among other things, to the EU Stage V Emissions Directive, we have decided in favour of these tried-and-trusted engines from MTU to power a large proportion of our vehicles.

We already have over 10 field-trial vehicles fitted with EU Stage V MTU engines and are very satisfied with them.

As well as reducing the mass of particulates in exhaust gases, the EU Stage V regulations, which are due to come into force in 2019, are also intended to put a limit on the number of particles.

These MTU engines meet these tighter emissions limits, in particular, by having an additional diesel particulate filter and thanks to “internal design improvements intended to reduce fuel consumption”.

In related news, Rolls-Royce will supply MTU engines to JCB – for use in some of the British firm’s tracked excavators.

The move will affect JCB’s three largest crawler excavator models, namely the JS300, JS330 and JS370. These machines were previously powered by Isuzu engines. The first to be launched, the JS370, will be fitted with an MTU 6R 1000.

Though the move will mark the first excavators to be powered by Rolls-Royce engines, it represents an expansion of a partnership between the engine maker and JCB, which includes the use of the same 6-cylinder Series 1000 engine in JCB’s 457 wheeled loader.

“Use of our engines in JCB’s new excavators marks our entry into another very important and high-volume segment of the market,” said Bernd Krüper, Vice President of Industrial Business at MTU. “This is another step forward in our long and successful partnership.”