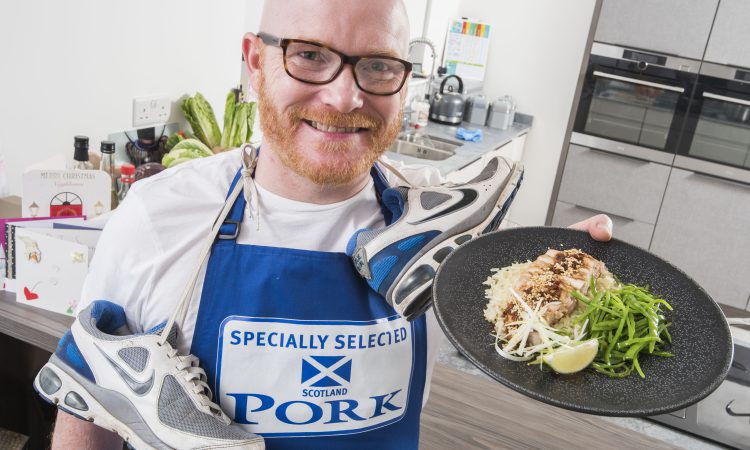 Almost four in five (77%) of Scots plan to kick off the new year by going on a diet, according to a survey undertaken as part of a new Specially Selected Pork campaign.

New research, commissioned by Quality Meat Scotland (QMS), and carried out by Censuswide, reveals the majority of Scots are set to commit to improve their diets in their New Year resolutions.

The key drivers behind this wave of new year dieting all relate to a collective desire by Scots to lead healthier lifestyles:

As part of the new campaign behind Specially Selected Pork, Scotland’s national chef, Gary Maclean, is working with QMS to urge Scots to stay on track with their plans to opt for healthier eating in 2019.

Maclean is highlighting how simple it is to make healthy meals using some of Scotland’s top-quality ingredients including Scotch Beef PGI, Scotch Lamb PGI and Specially Selected Pork.

QMS will be showcasing the versatility of Specially Selected Pork over the coming weeks in a new campaign which highlights a range of tasty, healthy pork dishes.

“I hope this will help to inspire Scots to stick to their New Year resolutions to eat more healthily in 2019. Well done to QMS for this exciting initiative.”

Carol McLaren, QMS director of marketing and communications, said: “It is fantastic to see that so many people are planning to start the new year committed to leading a healthier lifestyle.

“Our new campaign, with help from Gary Maclean, aims to ensure their plans don’t go awry by providing them with lots of inspiration in the kitchen.

“We’ll be focusing on Specially Selected Pork dishes in the new year as the research also shows that almost two-thirds of Scots are not aware that pork, one of Scotland’s most versatile and tasty ingredients, is the perfect choice for healthy eating.”

The research heralds the start of QMS’s “Go Places with Pork” campaign in the coming weeks, which aims to get the nation cooking pork and highlighting the fact it is low in fat, high in protein and other nutrients and budget friendly too.

The campaign will showcase simple pork recipes that take people on a global flavour journey – including curries, souvlaki, Asian noodles and schnitzel – to help people stay on plan without compromising on taste.

The new campaign will also encourage people to look out for the blue Specially Selected Pork label that guarantees the pork comes from Scottish SPCA approved farms that meet stringent criteria including animal welfare and a high standard of production methods.

The launch follows the publishing of the Scottish Government’s Healthy Weight Delivery Plan in July 2018, with part of the strategy seeking to address the nation’s consumption of too much food and drink that has little to no nutritional value, but which contribute calories or salt to our diet.

The research was commissioned by QMS and carried out by Censuswide on 1,002 people in Scotland as part of the ‘Go Places with Pork’ campaign.