A Scottish politician has launched a consultation on her proposed Bill to give greater powers to police and courts in dealing with livestock worrying.

At the Scottish Parliament today (Thursday, February 21), Emma Harper MSP launched a public consultation ahead of a proposed Members Bill to tackle incidents of dogs attacking livestock, the detail of which NFU Scotland has played an integral role in.

Livestock attacks continue to be a blight on Scottish agriculture, and NFU Scotland launched a campaign earlier in February to influence a change in behaviours of irresponsible dog owners and encourage them to keep their dogs on a lead when walking on farmland. 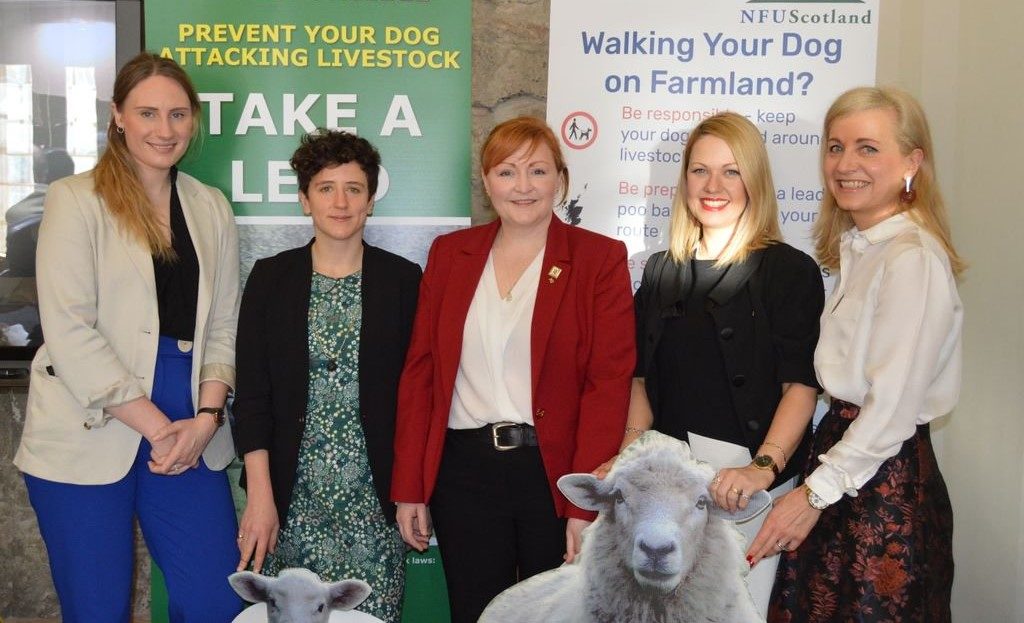 Last year, 338 incidents of attacks on livestock by dogs were reported to Police Scotland.

Out of 340 responses from a recent NFU Scotland survey, 72% said they had an issue with livestock worrying on their land whilst 84% of responses felt the outdoor access code requiring ‘on a lead or under close control’ didn’t provide sufficient protection to them or their livestock.

Martin Kennedy, vice president of NFU Scotland, said: “This public consultation is welcomed by NFU Scotland. It is a useful platform on which to build towards more proportionate sanctions for those irresponsible owners who allow their dogs to worry livestock.

Last year, the union outlined ‘key asks’ that it would like to see within a bill – in particular, higher fines, a ban on owning dogs and additional powers for the police – so we are delighted that some of these asks are included within the proposed bill from Emma Harper MSP.

“Irresponsible dog owners need to realise the impact they are having on farmers and crofters and their livestock. It is not necessarily about the financial losses they face, but the trauma for livestock and their offspring, as well as the emotional impact on the farmer and their family.

“We would encourage as many farmers and crofters as possible to fill out this consultation within the 12-week window to provide a true reflection of the extent dog attacks on livestock continue to have on our industry.”