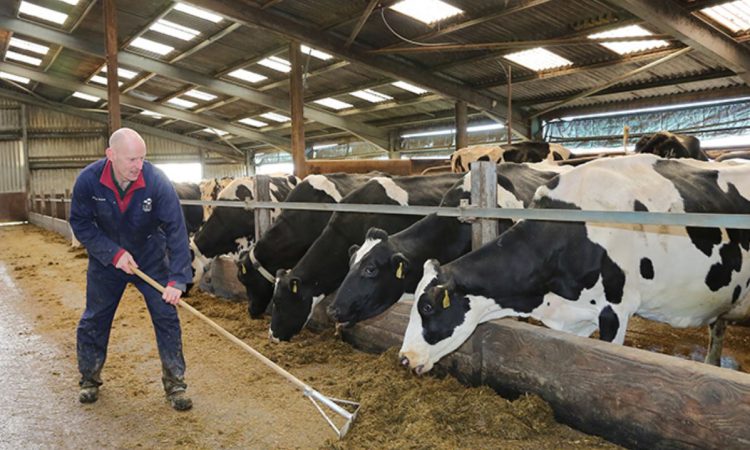 Research into the DNA of Scottish cows could help humans live longer and healthier lives, scientists at Scotland’s Rural College have announced.

The team discovered telomeres – which protect the end of chromosomes – deteriorate most in the weeks and months after birth, indicating how long and healthy an animal may live.

Their research, which also found factors such as illness and stress can affect a telomere, can now be used to help human geneticists looking at how we can live better and prolong our life expectancy.

Prof. Mike Coffey and his team studied the lives of 700 cows from the award-winning Langhill herd of cows housed at Crichton Royal Farm in Dumfries, taking more than 2,000 blood samples.

He said: “The data we have collected is the biggest in the world on repeat measure of telomere length on the same animal over time so it is very valuable. We can inform the human geneticists.”

Although humans cannot have their telomeres altered genetically, the study of their deterioration is helping scientists prolong life.

Telomeres reduce every time a cell divides because the repair mechanism that puts the DNA strands back together is not 100% effective so a little bit is lost each time.

Prof Coffey said: “Gene editing aside you can imagine people being interested to know what the likelihood of survival is for the next 50 years.

“It is not infeasible that they could alter life patterns – eating and exercise behaviour – because if it looks like they don’t have much longer to go based on their telomere prediction they might make sure that the few years they do have left are healthy ones.”

However, the implications of learning about your telomeres’ length and life expectancy does not attract Prof. Coffey. “I don’t personally know if I would like to know what my telomere length is,” he said.

Prof. Melissa Bateson, from the Institute of Neuroscience at Newcastle University, said: “I think the animal work is really important for helping us make sense of what is going on.”

She added that animal work is important as it can also include experiments, unlike human research into telomeres. She added: “If you show that stress is causal in shortening telomeres in animals, it gives more credence to the idea that something similar may be going on in humans.

She dismissed the idea that private companies can measure telomeres and give life expectancy advice because the measurements can be inaccurate and every person’s telomeres are different.

There is a certain amount of evidence to show that humans and animals that have shorter telomeres have a shorter healthy life expectancy. It is telling you something over and above your chronological age.

“If we think that telomeres are a measure of biological age and basically sum up all the bad things that you have been exposed to over your life then that is potentially quite useful because it can help us to understand what things are bad for you and what things are good.

“We have quite a lot of evidence that your lifestyle affects your biology and your biology affects how long you will end up living healthily. At a population (rather than individual) level you can use this biology to help inform what we should be doing to help us live longer.”

Prof. Coffey said he will use the research to find ways of producing better dairy and beef cattle. He said: “We found that most of the loss of telomere length takes place early in the animal’s life.

“Cells divide rapidly early in life so the argument is that animals who are born with longer telomeres have a greater chance of survival before the shorter telomeres limit their lives.”

The easy-to-obtain biological marker can be used for selection in animals – for example, longer telomeres mean they live longer so would be better for dairy or breeding and shorter would be better used for fattening up for beef.

Tests can also look at the lengths of telomeres in the offspring of specific bulls to decide which ones are best for breeding.

Prof. Coffey added: “That would provide information for a farmer to make an appropriate decision early on in the animal’s life.”

‘The Genetic Architecture of Bovine Telomere Length in Early Life and Association With Animal Fitness’ appears in Frontiers in Genetics.