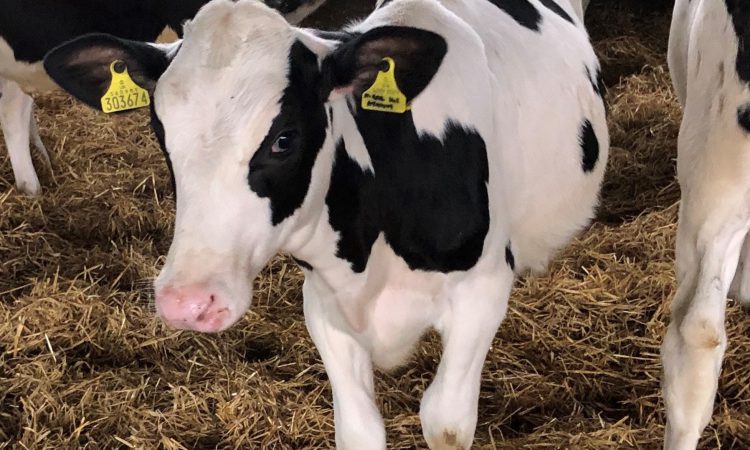 A heifer on a Scottish farm has been identified as one of the highest-ranking genomic Holstein females in the world, and the highest in the UK.

Netherside Gail 141, born in April 2020 and owned by dairy farmer Tom Yuill, in Strathaven, has the highest Dairy Wellness Profit (DWP) index on any female tested in the UK.

The heifer has a £PLI (Profitable Lifetime Index) of 688. She was assessed using the CLARIFIDE Plus genomic test, developed by animal health company Zoetis.

The DWP index is based on lifetime productivity and also health. It incorporates traits for production, fertility and health, among others.

According to Zoetis, the test is designed to select for longer lived animals that succumb to less disease and deliver more profit over their lifetime.

Globally, Gail 141 ranks in the top 1% for DWP and was number 23 on the July proof in the USA. She also ranks in the top 1% globally for the Holstein Feed Efficiency Index, in the top 5% for fat solids and the top 20% for health traits such as metritis and calf respiratory disease.

The heifer was tested in the spring along with a further 106 females at Strathaven Farm. The average DWP result was 406, well above the UK average of 270.

Yuill explained that the heifer is “bred from good stock”.

“Her mother was previously our highest PLI heifer bred from one of our best families…which have provided a number of bulls,” he noted.

Yuill said he will use the data to more accurately select which animals to retain as replacements and what sires to put them to. He plans to flush Gail 141 when she is 14-15 months old, breeding her to the best matched DWP bull. 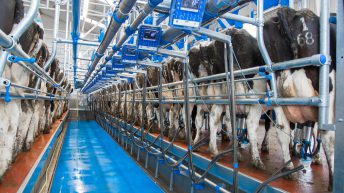