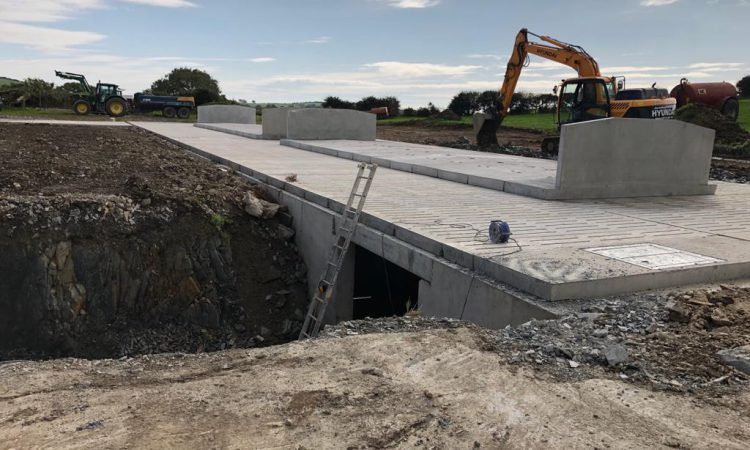 Staff at an influential Stormont committee have said it has been “difficult” to get responses from an environmental planning quango set up by councils to oversee agricultural planning applications.

The Stormont Agriculture Committee has warned it could now be forced to use its legal powers to compel Shared Environmental Services (SES) to attend.

Section 44 of the 1998 Northern Ireland Act is not something triggered lightly.

It gives the Northern Assembly the power to require any person to provide evidence or produce documents relating to transferred matters concerning Northern Ireland or other issues relating to ministers’ or departments’ functions.

The mechanism was used in 2015 to compel officials at the Office of First Minister and Deputy First Minister (OFMDFM) to give evidence in the Historical Institutional Abuse (HIA) inquiry.

Shared Environmental Services (SES) had been asked to give oral evidence to Stormont’s Agriculture Committee. However, it has not responded to requests for a date to attend.

Stormont Agriculture Committee chairman Declan McAleer told members that only a written briefing on the role and remit of SES had been provided.

It effectively limits the ability of members to scrutinise the body.

“It will be in the pack for next week,” McAleer said, referring to the written briefing.

No date has yet been forthcoming for its attendance and committee staff have found it difficult to get in touch with anyone by phone.

“Can I ask that the committee write to the chief executive and director of development asking them to provide a suitable date for attendance and reminding them of the Section 44 powers available to the committee to compel witnesses to attend?

“I advise members that the UK Office of Environmental Protection has been in touch with staff in connection with the meeting.”

McAleer went on to list six dates and times during which the UK’s OEP had offered to make itself available.

There have been numerous calls for the environmental planning quango to be disbanded, including from the Ulster Farmers’ Union (UFU) and former Agriculture Minister Edwin Poots.

Despite being an entity unknown to many farmers, at one point, more than 160 agricultural planning applications were stalled because of decisions it made.

Last year, Poots said he had written to the service to reject its austere restrictions. Without consultation, the body slashed the already stringent ammonia threshold from 1% to 0.1% for agricultural planning applications.

The decision was challenged successfully by the UFU in a judicial review.

Why was it formed?

SES is based at Mid and East Antrim Council’s offices at the County Hall in Ballymena, with its primary responsibility to carry out Habitats Regulations Assessments on planning applications and advise on impacts on Special Areas of Conservation (SAC) and Special Protection Areas (SPAs).

It was formed after councils took on responsibility for planning in Northern Ireland in April 2015.

Up until this point, all environmental planning advice was provided by the Northern Ireland Environmental Agency (NIEA).

Critics say this has resulted in duplication of services already provided.

An AgriLand investigation last year found the body had spent £2.3 million since it was founded five years ago despite effectively placing a deadlock on agricultural planning.