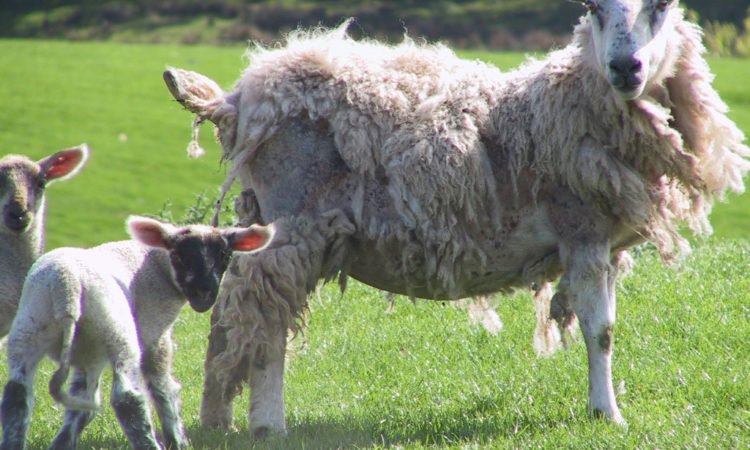 A Northern Ireland sheep scab event will explore whether demand exists for a programme to combat the disease following anecdotal reports of increased infection rates in the region.

Vets have highlighted increases in sheep scab in parts of Northern Ireland stating that even closed flocks have been affected.

Scab is a form of allergic dermatitis caused by the faeces of the sheep scab mite (Psoroptes ovis).

The mite can survive for 15-17 days off the sheep so can be spread through handling facilities or scratching posts.
The Association of Veterinary Surgeons Practising in Northern Ireland will host ‘Challenging the Spread of Sheep Scab – Is a Northern Ireland Sheep Scab Initiative needed?’ on Tuesday, March 12.

The event which will take place at Greenmount College at 7.45pm will feature respected farm veterinary lecturer Neil Paton.

Neil graduated as a vet from Edinburgh in 1999 and intercalated with a BSc in Veterinary Pathology. He was employed in mixed practice in Scotland and developed further interest in the farming industry while practising in Aberdeenshire.

His PhD examined the interaction of E. coli O157:H7 with the bovine rectal epithelium at the University of Edinburgh and the Moredun research institute.

He now teaches at the Royal Veterinary College and demonstrates the application of good husbandry to productive farming.

Neil has also worked with the Welsh farming industry to eradicate BVD from the country through Animal Health and Welfare Wales – Gwaredu BVD. It is his increasing belief that disease is a burden that farmers should not carry.

The disease is a significant welfare concern for affected sheep as well as an economic concern for farmers & the wool industry. There are limitations to some of the treatment options, and resistance has been reported on the mainland to some of the products licenced to treat and prevent scab.

Vets in Scotland started to develop a strategy over 10 years ago to better control the disease. The Welsh have recently started a process to eradicate scab.

They have formed the Welsh Sheep Scab Industry Group, a collection of vets, union leaders and other stakeholders to lead this project. After a detailed report into the scope of the problem and control options, the group recently succeeded in securing significant Government funding to take the plans forward.

This event will include an open discussion forum and will also cover:

As well as providing education on sheep scab, AVSPNI hopes to establish whether there is a desire to start a similar process of control and eradication in Northern Ireland.

This meeting is free and open to anyone with an interest in sheep health and welfare.

To register attendance email: [email protected] with the subject line “Sheep Scab” and the names of delegates planning to attend.