Home » Machinery » Should the equivalent of an NCT be introduced for tractors?

Source: Tractor of the Year

Last week saw a coroner in Northern Ireland call for the introduction of MOT/NCT tests for all farm machinery.

It came in the wake of an inquest into the accidental death of a Co Armagh farmer in August 2015. Faulty tractor brakes were found to be the cause of the accident.

Responding to these developments, the IFA said that it would not back calls for the introduction of NCT-equivalent tests for farm machinery.

A spokesperson for the organisation said that “the safety of farmers is extremely important to IFA”.

“It is worth noting that farmers are currently subject to significant specific requirements regarding the safety of their tractors, machinery, farm vehicles and ATV’s.”

IFA has listed the current safety standards which farm machinery must meet. These are:

“Farmers are also required to comply with detailed safety practices, all of which must be fully recognised before any further measures are made mandatory.”

What do you think?

Back in 2014, the European Commission’s proposed that tractors capable of travelling more than 40kph and trailers weighing more than 750kg should be submitted for an NCT-equivalent test on an annual basis.

However, members of the European Parliament voted to ditch the plan on cost grounds. This followed a major lobbying campaign on the issue by most of Europe’s farm organisations. 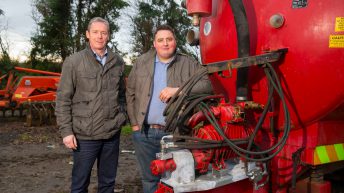