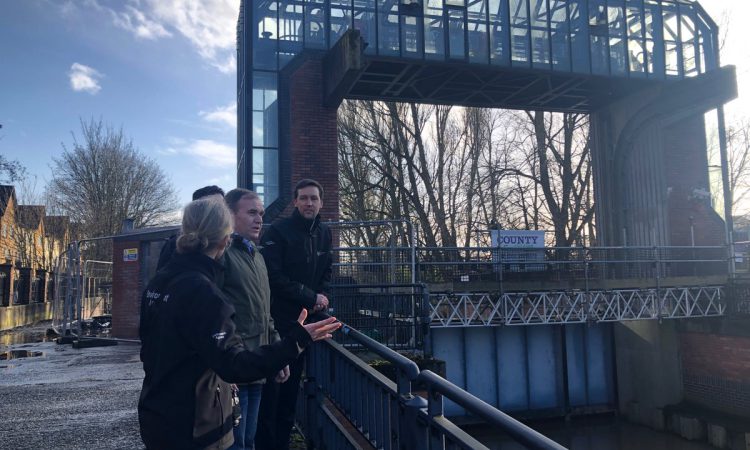 The Environment Agency is urging the public to check the latest safety advice as impacts continue following Storm Dennis.

Water levels will remain especially high on the Rivers Wye and Teme today and the River Ouse in York, continuing on the lower River Wye tomorrow.

Further heavy rain is forecast in the north of England for later Wednesday into Thursday and may fall on catchments that have been recently flooded.

As of 1:00pm on February 17, there are two Severe Flood Warnings along the River Teme at Little Hereford and Ashford Carbonel and Ludlow.

There is an additional Severe Flood Warning along the River Wye at Blackmarstone. Severe flood warnings mean a potential danger to life and immediate action is required. Residents should follow the advice of the emergency services.

Today, there have been more than 480 flood warnings and flood alerts in place across England – the highest on record.

Environment Agency operational teams have put up more than 5km of temporary flood barriers across the country and our flood defences have protected nearly 20,000 properties from the impacts of Storm Dennis.

Toby Willison, executive director of operations at the Environment Agency, said: “Every home flooded is a tragedy for that family and our hearts go out to all those who have been flooded during Storm Dennis.

“Our teams will continue to work 24/7, alongside the Police, Fire and Rescue, local authorities, to reduce the risk of flooding and keep communities safe.

We expect disruptive weather into the middle of this week bringing a significant flood risk for the West Midlands, and there are flood warnings in place across much of England.

“Operational teams are out across England today, We have deployed temporary barriers and are operating 90 pumps across the country. We are also ready to operate our large flood defences as required, and so far we have protected nearly 20,000 properties from the impacts of Storm Dennis.

“With the effects of climate change, we are seeing more frequent periods of extreme weather. It is important for people to be aware of their flood risk and stay safe by signing up for flood warnings, making a flood plan and remembering not to drive or walk through flood water – it’s not worth the risk.”

It has been an exceptionally wet winter so far with autumn rainfall records being broken for South Yorkshire, Nottinghamshire and Lincolnshire.

England as a whole had its fifth wettest autumn on record. The flood risk will remain high and the public need to remain vigilant by signing up to flood warnings and checking what to do in a flood. 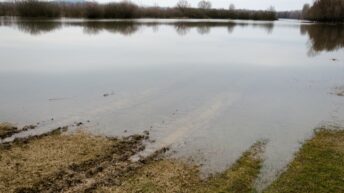