Sugar beet set to make a comeback in Scotland 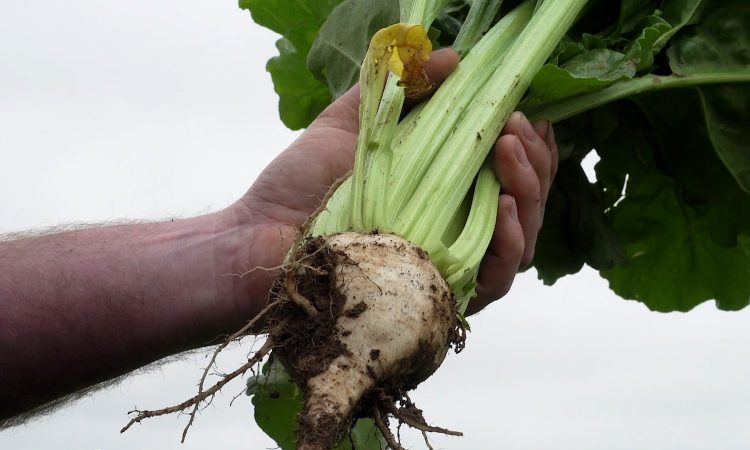 The reintroduction of sugar beet production to Scotland has taken a significant step forward after the pilot project laying its foundations received new funding. The first successful crop in half a century was harvested last year. As a result, the consortium behind the initiative – which includes the Industrial Biotechnology Innovation Centre (IBioIC), has secured a funding boost from Scottish Enterprise to analyse its potential environmental, societal and economic impact.

The study will examine the widespread benefits that are expected to follow on from the crop’s return to Scotland.

Sugar beet is seen as a key building block for the development of sustainable supply chains and a ‘bioeconomy’, which uses natural materials instead of petrochemical compounds in manufacturing.

Advertisement
A local source of sugar beet could pave the way for the development of an ethanol-producing biorefinery in Grangemouth – the hub of Scotland’s chemicals and petrochemical processing industries – and later support a fully functioning bio-based chemicals industry.

According to those involved, sugar beet can be used in the production of ethanol as a natural and sustainable substitute for petroleum-based chemicals used in a range of household goods, as well as antibiotics and therapeutic proteins.

Demand for ethanol in Scotland is expected to double in the coming years to more than 100 million litres, yet all of the country’s supply is currently imported from Europe. Ian Archer, technical director at IBioIC, said: “Growing sugar beet in Scotland once again is a huge opportunity to reinvent the economy, build sustainability into manufacturing supply chains, and secure jobs for the future.

“Many of the biggest consumer goods manufacturers have committed to net-zero carbon targets over the next two decades and a big part of that drive will be replacing the use of petrochemicals with natural materials.

“You cannot have a chemicals industry without a feedstock, and to retain the sector in Scotland we need a local supply and the supply chains that follow,” he added. “In northern Europe, that crop is sugar beet and growing it for ethanol production will not only diversify farmers’ income streams, but could allow them to be part of a green alternative to fossil fuels.”

Why not simply grow more wheat and barley?

According to Archer, wheat and barley are competitive crops for other uses, and sugar beet is a break crop which isn’t currently used in Scotland. He said: “It introduces biodiversity and is an alternative to other break crops such as rapeseed oil, which is currently causing issues with pests and disease.

“Sugar beet is actually a rotation crop for wheat, so where farmers grow wheat they can substitute sugar beet every four to seven years to improve wheat yields and soil composition.

“Based on our current assumptions and calculations, we will need approximately 140 million litres of ethanol to supply Scotland’s projected E10 petrol demand. This in turn requires approximately 1.5 million tonnes of sugar beet on around 20,000ha of land,” he added. “This would constitute around 3% of Scottish arable land each year. Looking to the wider market, most ethanol refineries are larger, in the 300 to 400 million litres bracket.

“A larger refinery may be able to supply ethanol further afield than just Scotland, to meet some of the wider UK demand.”

The plan is to develop the new project around a cooperative principle, with farmers at the very heart of the initiative. “The most important reason is to coordinate, simplify and strengthen the supply chain for the downstream customer, who would be the refinery operator,” Archer explained.

“The refinery operator, and subsequent final ethanol user, will need a secure supply above any other consideration.

“A co-op structure enables a single point of supply to the refiner, and farmers and growers can additionally benefit from shared risk and profit.”
Download Our Free App
Scotland Sugar Beet
Loading Next Story