Changes to the marketing of free-range eggs in response to continued Avian Influenza (AI) warnings have been welcomed across the North’s poultry industry.

The changes mean that free-range hens can now be kept indoors for up to 16 weeks, while still maintaining their free-range status.

The proposal which was brought forward by the European Commission – and approved by both the European Parliament and council – will see free-range status maintained for up to 16 weeks of housing.

It sees an extra four weeks added to the existing 12-week exception if birds are confined indoors on veterinary grounds, such as the risk of AI.

It comes as poultry farmers have been warned to “remain vigilant” for outbreaks as the disease continues to spread across the European continent.

Ulster Unionist MEP Jim Nicholson said: “This is a very appropriate decision that has been made and it will allow producers a much needed degree of flexibility and certainty.

This move will ensure that producers will be protected from any potential economic losses, with the eggs now having a longer free-range status.

“It is also constructive that this decision will be applied on a flock basis, allowing farms that have introduced new flocks during the restriction period to benefit from the full derogation.”

“I have been lobbying the commission on this issue for quite some time now, and I am pleased that the change in the marketing standards will have a positive and tangible difference to the many egg producers in Northern Ireland.”

However, speaking to AgriLand, a poultry industry specialist said the decision could have been made sooner.

He said: “This will be a help in trying to control the risk of Avian Influenza. Migratory birds are the main source of AI movement. 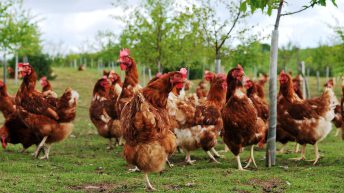