To maximise yield and profit from second wheats in 2019, take-all control is a key consideration this autumn, according to Certis UK.

Dr. Paul Fogg, crop production technical lead at Frontier Agriculture, explained that, although second wheats can be highly profitable, take-all can result in up to 50% crop losses which will heavily influence profitability.

“Getting the crop off to the best possible start, by using all of the available tools is key,” he said.

“Although late drilling has grown in popularity to help manage difficult grass weed burdens and reduce risks associated with take-all, this strategy can carry a yield penalty.

“This is particularly relevant in second wheats, when the season isn’t conducive to good rooting and crop establishment.”

“Cultivation should be done once there’s enough moisture in the ground to build a consolidated seed bed,” he said.

“To build crop health and encourage early root growth, apply a P and K fertiliser close to drilling. Second wheats are also typically deficient in manganese, so address this by getting a foliar application on in the autumn.”

Bringing the drilling date forward will also extend the window of establishment – but comes with risks.

“If drilling early, it’s important to consider the use of a specialist seed treatment for take-all, such as Latitude (silthiofam), to mitigate the effects of disease,” explains Dr. Fogg.

Laurence Power, technical manager at Certis, added that although the benefits of silthiofam-treated seed when drilling early are widely recognised, it can also have a positive effect when drilling later.

“Latitude is proven to have a positive effect on second wheat yield and specific weight throughout the drilling window.

“In light of the increased feed wheat price this year of £180/t, it could provide a return on investment of up to £70/t,” he claimed.

“Using a seed treated with Latitude protects roots from the take-all pathogen in the early, vulnerable stages of growth, by creating a zone of protection around the emerging crop’s root system.

“This helps to give the crop the best possible start at establishment and builds resilience for whatever the season may bring,” he said. 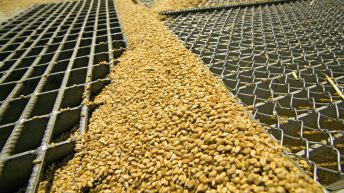