Firefighters in Devon were called to a farm last Friday, September 17, after a telehandler caught fire in the middle of a field, just one field away from the road

Shortly after 9:00p.m, Kingsbridge and Dartmouth Fire Station were alerted to a fire on a nearby farm.

Upon arrival, they saw the farmer’s manitou telehandler was alight in the middle of a field, away from the road.

The farmer had been working to get his hay undercover before rain came down. 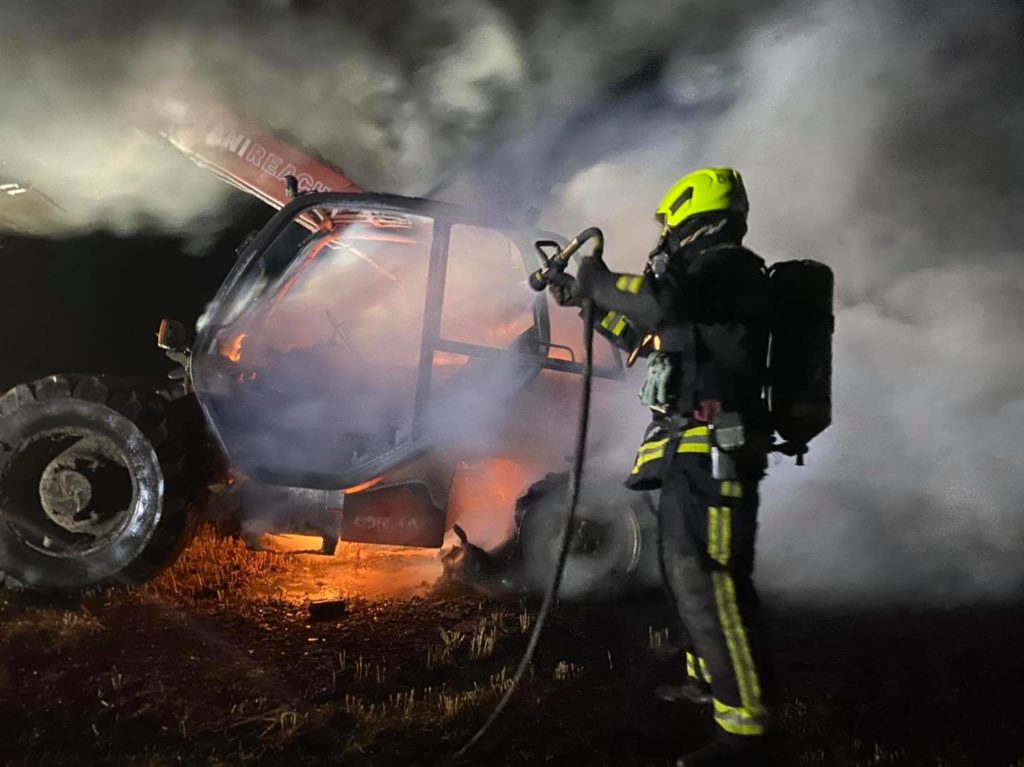 Current policies advise against taking fire appliances into dry cut fields due to the potential for hot exhausts, which are low to the ground, igniting dry vegetation.

Despite this, the fire officer in charged made the decision to proceed into the field to prevent rapid escalation of the incident.

This decision, according to Kingsbridge fire station, was made taking into account the distance from the road to the fire, the effectiveness of action by the crew alone and on the travelling times for sufficient additional crews to arrive.

Before using two breathing apparatus wearers and a hose reel to extinguish the manitou fire. we damped down the ground under our fire engines exhaust system.

“We also set out a cordon using cones to prevent us from walking underneath the hay bails on the raised manitou arm.”

While the fire was successfully and safely distinguished, the manitou was completely destroyed. 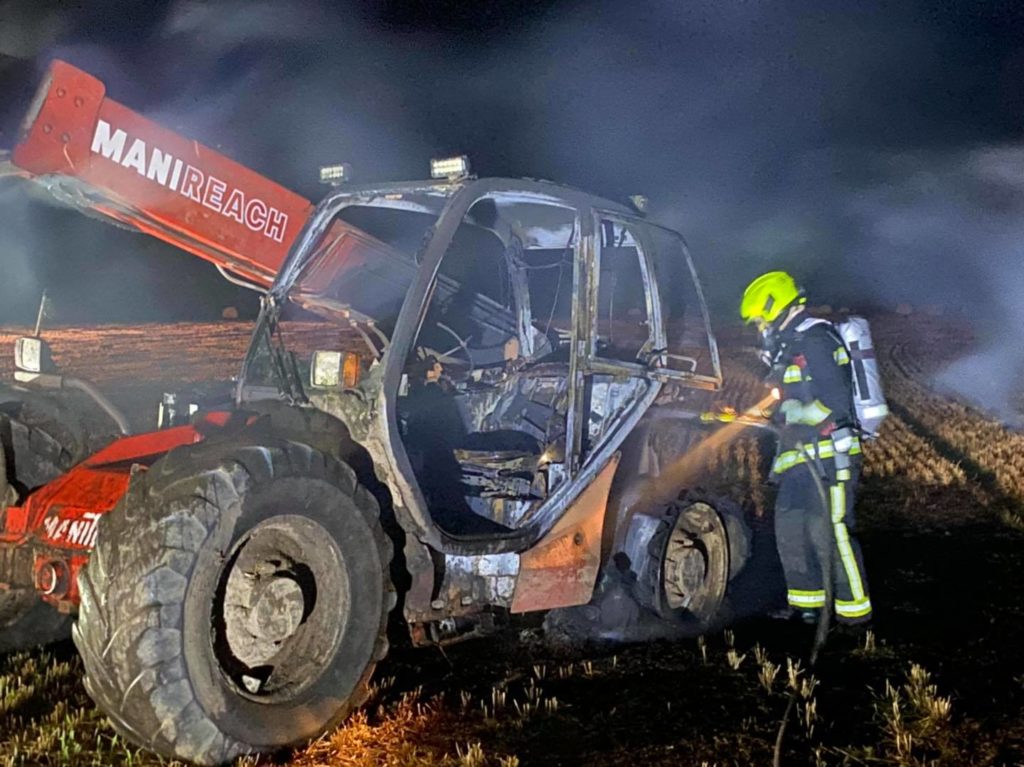 “After damping down the area we left the scene in the hands of the farmer and returned to home stations,” the post added.

“We hope the farmer is able to get the rest of his hay dry and undercover soon,” it concluded.