‘There’s no good news for anybody in Brexit’ – Lakeland CEO 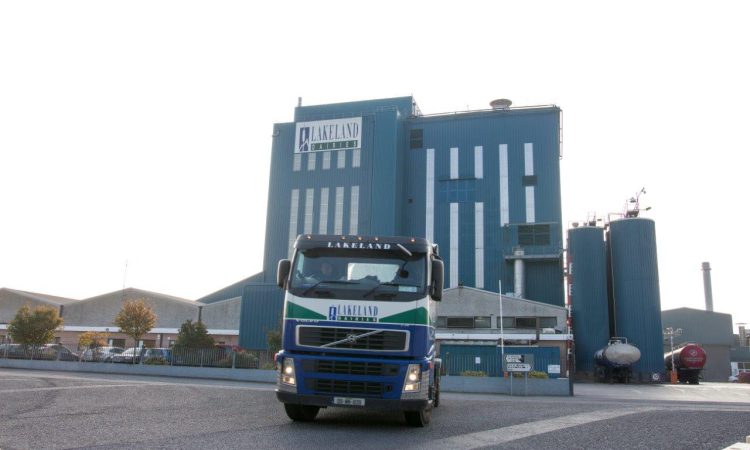 The CEO of Lakeland Dairies has warned about the knock-on effects of a ‘no-deal’ scenario between the EU and the UK on the processors’ business fortunes – and potentially on suppliers.

However, Michael Hanley said that the processor would “leave no stone unturned” to minimise the negative impact of an “hard Brexit” if that comes about on December 31 this year.

Speaking to AgriLand, Hanley said: “We’ve been living with [Brexit] for four years. We have 60% of our milk in Northern Ireland…so Brexit is very, very important for us.

The presence of the Ireland protocol in in UK-EU withdrawal agreement, which came into effect in January of this year, is a positive, Hanley said. Nevertheless, he stressed: “We would like to see a free-trade agreement, so that we can have seamless business and movement of product south-north and north-south, which is our supply chain as it is”.

“There’s a lot of discussion [between the EU and the UK] to take place over the next six to eight weeks, but the devil will be in the detail. We’re looking for unfettered access for our products, that have always gone into Britain from Northern Ireland,” the Lakeland CEO said.

In terms of how the business is prepared to deal with the fallout of a no-deal situation, Hanley noted: “We did the merger [with LacPatrick] last year. We now have ‘footprints’ in Northern Ireland and in southern Ireland, which leaves us fairly-well hedged in relation to the major negatives.

“What we would like to do now is fine-tune that so – whatever is ultimately agreed under Brexit – we have that as seamless as possible, with as little effect as possible on Lakeland Dairies.

There will be an extra cost in doing business – administration, compliance, etc – and we can live with that. But tariffs will stop business; the margins aren’t adequate to pay tariffs and continue to do business.

“The fact that we have footprints in Northern Ireland and southern Ireland, we will be able to ‘mix and match’, and take as much benefit as possible out of whatever the situation is, and minimise the costs and the negatives that will come out of Brexit, regardless of how ‘soft’ the final Brexit deal actually is,” Hanley argued.

In terms of how all this could impact on Lakeland’s milk suppliers, Hanley stressed: “Brexit is not good news.

“There is no good news for anybody in Brexit, so the consequences are that there is less return from the market and there is an extra cost of doing business,” he highlighted.

“From a management point of view, our role will be to minimise that, and perhaps there will be some opportunities that we can take advantage of, given our footprint in Northern Ireland, and perhaps we will be able to access product into Britain from Northern Ireland that other countries will loose out on.

We have three priorities in the business. One is to pay as much as we can for every litre of milk; the second is to make profits to keep the bankers and our stakeholders happy; and the third is to reinvest those profits back into the business.

“We will absolutely continue to do that, and we will leave no stone unturned to minimise the negative effects of Brexit on our milk suppliers and our business north and south,” Hanley said.