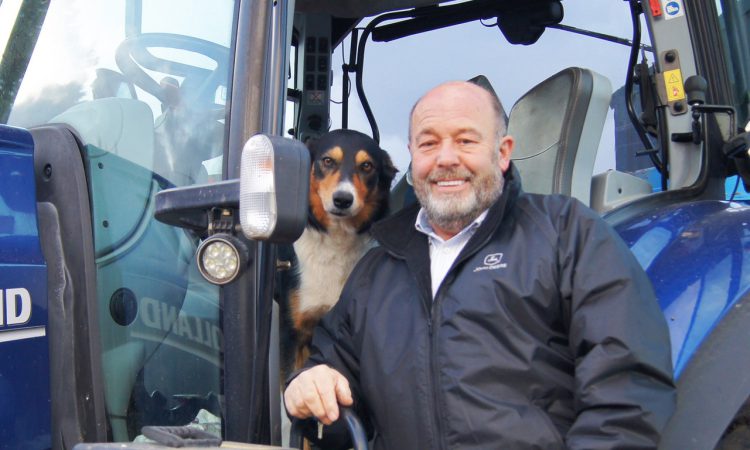 A local mindset is central to business for Hale Village tenant farmer Bill Webb – one of the latest recruits to AHDB’s Monitor Farm programme.

Over the next three years, they will be welcoming others in the industry to their farm to discuss hot topics of the day, hear from experts, share ideas, and learn from each other.

Webb grows potatoes, spring barley, winter barley, oilseed rape and wheat at Manor Farm in Hale Village, Cheshire, and his philosophy is to try to sell what he grows as close to home as possible.

He said: “It all started around 15 years ago when we used to grow onions. We’d buy sets from Holland, grow them here near Liverpool, send them to Lincolnshire where they’d be packed for supermarkets, stored in Warrington and then sent down to Birmingham – no wonder the motorways are clogged up!”

Now, all of Webb’s potatoes are sold in chip shops within just 20 miles of the farm – his wheat goes to flour mills eight miles down the road and most of his oilseed rape ends up in Liverpool, just ten miles away.

“The only thing that travels is barley – if it makes malting specification it goes to Burton upon Trent but if not it gets used locally as feed.”

Webb explained that cutting down on haulage not only cuts out a lot of stress involved in the business but also makes financial sense.

He said: “I’m also trying to cut down our food miles. When I started farming, nearly everything went to local businesses. I think it’s barmy the way we send food around the country and wonder why we have such busy motorways.

We always try to produce what the customer wants. I don’t produce anything unless I know someone wants to buy it.

Thinking of the future

Now his son has returned to the farm, he sees the project as an opportunity for his son and as well as helping to increase the amount of information relevant for farmers in the North West.

He said: “Having the project on your own farm – there’s no better way to learn. When you open your doors to a host of farmers, they will all bring their own ideas and generate a lot of food for thought.

“When I’ve been to other Monitor Farm meetings in the past, you always drive home a little bit wiser than when you left.

“I want to keep improving on what we’re doing.”