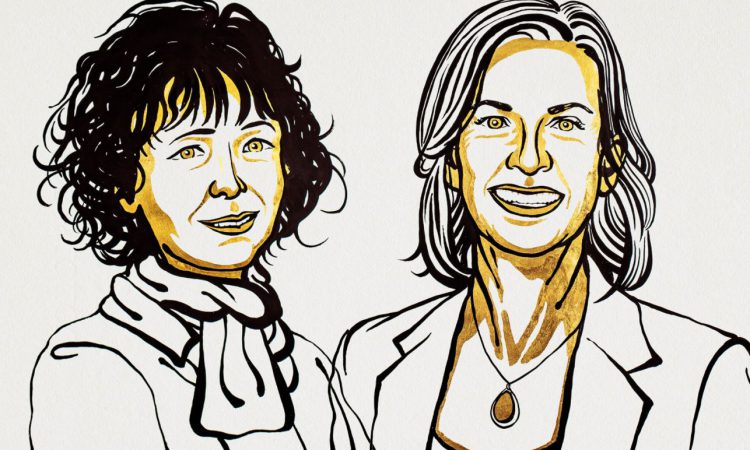 Two scientists who developed the CRISPR technique most commonly known as gene-editing were awarded the Nobel Prize in Chemistry last week.

Emmanuelle Charpentier and Jennifer Doudna were awarded the Nobel Prize in Chemistry for 2020 for developing the CRISPR/Cas9 tool which is used to edit the DNA of animals, plants and microorganisms with precision.

Tillage farmers will be particularly familiar with the technique as it has the potential to supply varieties to the market with characteristics that can increase yield or reduce inputs for example. These varieties can be delivered in a much faster way than they would through the natural breeding process.

CRISPR is a common form of gene-editing. The technique involves changes to DNA. It does not involve the insertion of genes from other species. Some refer to the technique as using genetic scissors.

However, in 2018, the European Court of Justice (ECJ) classified plants which had been gene-edited in the same category as conventionally genetically modified organisms.

The decision by the ECJ was widely criticised by scientists and researchers in particular, with many saying it put Europe into the dark ages.

It was also commented that some crop varieties developed through gene-editing can be indistinguishable from those bred through natural processes or using conventional breeding techniques, so regulating the rule would prove very difficult.

The ruling is currently being reviewed at EU level. EU Commissioner Stella Kyriakides stated that the EU needs to develop innovative ways to protect crops from pests and diseases.

She added: “This study will be providing us with a great opportunity to assess the status of these techniques [gene-editing], in particular in view of the 2018 ECJ ruling.

“We will wait for the outcome of this study. Any potential action or changing of policy on this will be only after the study is finalised, which we see as being around 2021,” she concluded.

Countries outside of the EU continue to develop crop varieties using this technique and may reduce pesticide usage as a result. Some scientists are also working on making crops more resistant to drought.

The joint winners of the prize made the discovery approximately 10 years ago.

Charpentier is reported to have made the breakthrough when studying Streptococcus pyogenes, an ancient bacterium which can cause tonsilitis and sepsis in humans.

The CRISPR technique is being used in the development of therapies and cures for human diseases.

Reuters reported that Pernilla Wittung Stafshede of the Swedish Academy of Sciences stated: “The ability to cut the DNA where you want has revolutionised the life sciences.”

According to Reuters, Jennifer Doudna is currently using CRISPR to develop a test to detect coronavirus infections in a new biotech startup Mammoth, where she is co-founder.

Claes Gustafsson, who is the chairperson of the Nobel Committee for Chemistry, stated: “There is enormous power in this genetic tool, which affects us all. It has not only revolutionised basic science, but also resulted in innovative crops and will lead to ground-breaking new medical treatments.”

Reuters reported that Gustafsson stated: “The enormous power of this technology means that we need to use it with great care.”

He added: “But it is equally clear that this is a technology, a method that will provide humankind with great opportunities.”