Earlier this year - at the Cereals Event in the UK last June - AgriLand spoke to Kit Franklin, a member of the Hands Free Hectare (HFH) team, at Harper Adams University - he's the enthusiastic MC on the microphone in the video below.

Speaking to Kit his enthusiasm for autonomous farming is very clear. In fact, he almost makes the HFH project sound easy, but creating the world's first hectare of crops produced without a single human body stepping into that 10,000m² area is far from easy.

Yet, in the space of two years this team has produced a crop of spring barley and winter wheat. Six months after funding was secured a tractor was in the field preparing the seedbed. This year even saw the Sampo combine unload on the move into a trailer pulled by the autonomous Iseki tractor.

"The first project was a year long and we went from zero to having a harvested crop in a year," Kit told AgriLand. 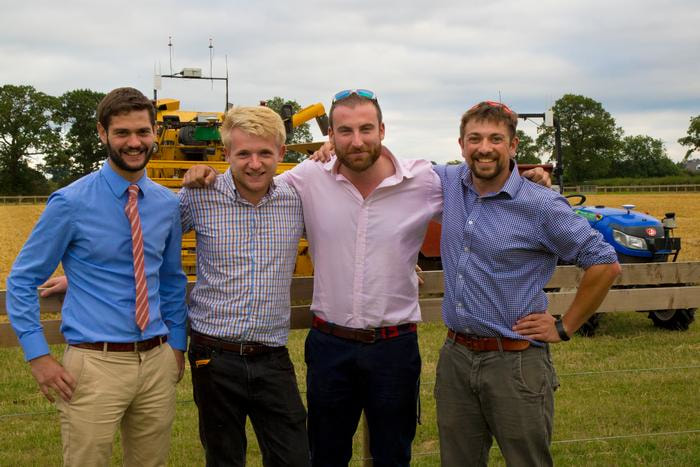 "We started in October 2016 and by March 2017 we had the tractor spraying and desiccating in the field before we went in and drilled in late April with spring barley.

We grew that barley; carried out all the agronomy, the fertiliser, applied all the chemicals autonomously and we harvested that barley in September.

"Since then we gained follow-on funding from the AHDB [Agricultural and Horticulture Development Board] which enabled us to grow winter wheat this year, which is our second autonomous crop.

Since the first time we put a tractor into the field it has been a year of purely autonomous operations in our hectare.

The machinery is working autonomously and is based on GPS (Global Positioning System) mapping as opposed to robotics.

"It's GPS based; you put in a weigh-point plan, so you put a trail of breadcrumbs where you want the machine to go and it basically goes dot-to-dot," Kit explained.

"Those weigh-point plans basically take you up and down the fields, turning on the headland and cutting the crop. Essentially, it's an autonomous system. It's not a robotic system, it just follows the route.

"At the moment it purely works on a GPS basis and that technology has been taken from drones. With a drone you might buy from a shop you literally open up the app, you put some dots into the app, the drone flies, goes dot-to-dot and flies back to you.

"We've basically used that very same hardware and rather than putting it in a flying drone we've put it in a tractor and combine.

It's not simple, but it is as easy as that.

Kit also assured us that the machinery comes to a stop if an obstacle comes in the way. So if an onlooker at the Cereals Event decided to make a break through the fence the combine would stop.

"We have lasers and scanners on the front of the machine. So, if the machines get too close to the fence or sees an obstacle, or if someone jumps the fence, it would see the person and it would stop. It is safe, it's not going to go through the fence if something goes wrong."

Crop walking with a drone

The agronomy is carried out with drones. Pictures and samples of the crop are taken to give to the agronomist.

"We do all the agronomy. We fly drones to take images and we send in scout vehicles to bring back samples - so our agronomist doesn't go into the field. We do it all remotely.

"We're not saying this is remotely commercially feasible, but we're doing it to show it can be done and work out what the pit falls are if we're going to try and do that in the future."

First time on tour this summer

The Cereals event in June of this year (2018) was the first event outside of the actual Hands Free Hectare that this autonomous machinery was used and it received a great reception.

A plot of winter barley was cut over the course of the two-day event by the combine.

"This is the first time we've had these robot tractors and combines, which were used in the world's first hectare of cereals to be grown robotically or autonomously, away from our site at Harper Adams and put them on show to the public.

"There was quite a lot of interest and people watching. The crowd were really receptive and it was really good to show everyone the combine working."

The core team behind the project are Kit - who is an agricultural machinery lecturer in Harper Adams - Jonathan Gill - who is a drone and robotics researcher - and Martin Abell - who works as a development engineer for the commercial partner on the project, Precision Decisions.

"Our initial funding came from Government - from the AgriTech strategy, which you need commercial backing from. It's a collaborative funding scheme and then in the second year AHDB supported us to keep it going." 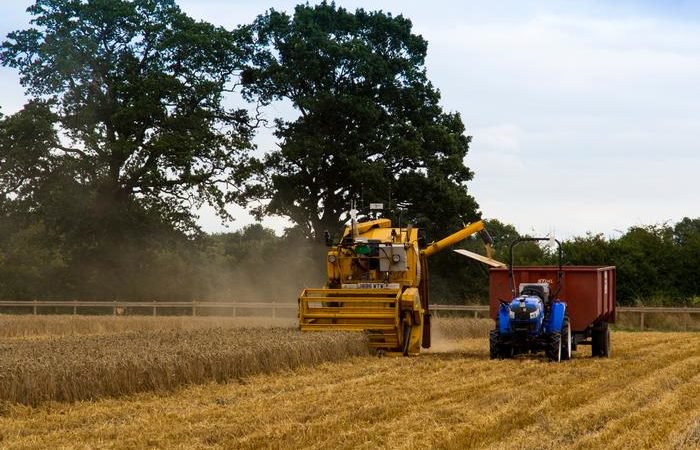 Following the harvest this year the team announced some of the improvements made from 2017. Unloading on the move was a big step, while the combine also completed the cutting and turned on the headlands completely unaided.

Drilling misses fell from 2.82% in the first year of the project to 0.35% this year, helping the team achieve a respectable overall yield of 6.5t/ha on the winter wheat crop, despite late drilling and busy schedules.

This autumn a cover crop was planted in the hectare.