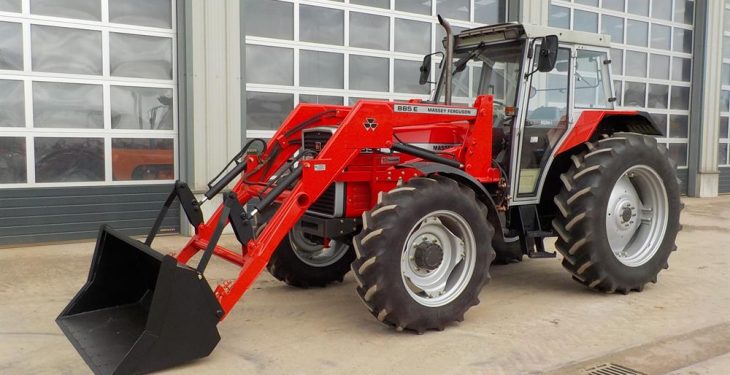 Tractors and farm machinery are expected to attract plenty of interest at an upcoming sale organised by Euro Auctions, at its Dromore site in Co. Tyrone.

A mixture of agricultural and compact tractors are set to go under the hammer, as well as a selection of farm equipment – including trailers.

As is regularly the case for Euro Auctions, a large selection of plant machinery will also be on offer; the auction is set to take place tomorrow, April 21 and Saturday, April 22.

Euro Auctions has enjoyed an upturn in trade so far this year compared to the same period in 2016, Jamie Johnston from the company said.

“The last few auctions have been crazily busy; we are coming into our busiest time of year. After that it will quieten down a small bit.

We have a really good range of buyers. They come from all over Ireland, the UK and Europe – from the likes of France, Spain and Germany.

“There is a large number of online bidders; there is typically a split of about 50:50 at the moment between online and on-site bids,” Johnston said.

A range of modern and older tractors will be on offer at the auction, including brands such as Massey Ferguson, John Deere, McCormick and New Holland. The tractors are expected to go under the hammer from 11am onwards tomorrow, April 21.

Meanwhile, a variety of farm equipment will also be sold during the auction; a mixture of quads, trailers and fertiliser spreaders will go under the hammer.

Buyers can expect to be charged a commission rate of 2.5% on the ‘hammer price’, while VAT will be charged on the buyer’s commission at 20%.

VAT of 20% will also be charged on the ‘hammer price’.

This will be refunded to non-UK buyers, upon receipt of export documents showing removal from the UK. For removal to other EU countries a valid VAT number must be provided.

New buyers must provide photographic identification, a company VAT number and a deposit to obtain a bidder number. Deposits will be returned on the auction day to punters that were unsuccessful in their bids. 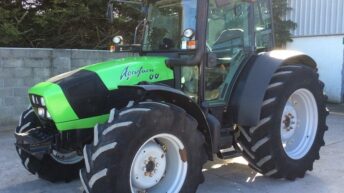 ‘Follow me up to Carlow’…in search of a machinery bargain