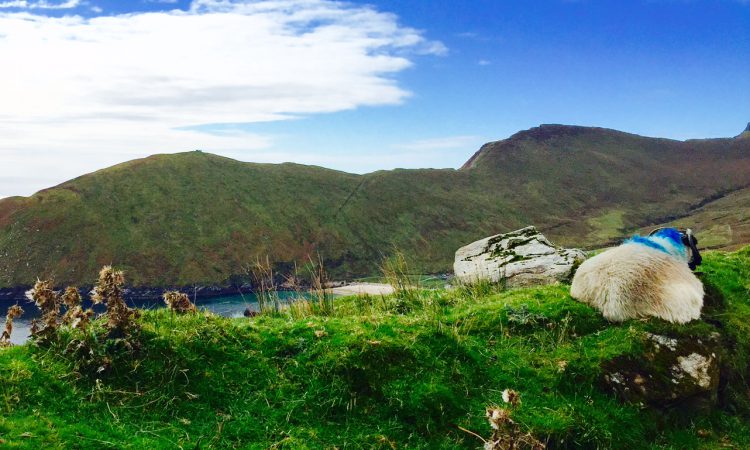 The Ulster Farmers’ Union (UFU) has come out in support of a proposed bill to reintroduce an Areas of Natural Constraint (ANC) payment for Northern Ireland.

The bill proposes to make an ANC payment a legal requirement in line with existing legislative powers in schedule six of the Agriculture Act 2020.

Its purpose has been defined as “to compensate farmers for all, or part, of the additional costs and income foregone as a result of the constraints for agricultural production in the area concerned”.

In the past the payment was set at around £40/ha; however, no figure has been listed in the draft bill.

UFU deputy president William Irvine explained reinstating an ANC payment has been “a priority” for the UFU since the scheme closed in 2018 and encouraged members to have their say on the matter.

Irvine said: “The UFU fully supports Declan McAleer’s efforts to get an ANC payment over the line.

“The ANC payment is essential to protect the viability of family farm businesses who are working to make a living off some of the most challenging landscapes in Northern Ireland.

Following the closure of the previous ANC scheme three years ago, upland farmers have been left out of pocket. Profitability remains a key issue for upland farmers locally and we believe that ANC needs to be part of the new agriculture policy in some shape or form.

“Meanwhile, ANC schemes in the Republic of Ireland and Scotland continue to operate. They are designed to address the higher production costs and fewer agriculture opportunities that farmers who farm in severely disadvantaged areas experience.”

“It has been a costly spring for all of NI’s farmers but farms in severely disadvantaged areas are feeling the financial pressures much more acutely,” Irvine added.

“Upland farmers face extra challenges in comparison to those who are farming on lower ground.

Due to the cold weather and wet conditions that we are currently experiencing, there has been restricted grass growth and stock turnout on upland areas which increases costs.

“I encourage our farmers, especially those who farm in upland areas, to take a few minutes to complete the survey on the ANC payment. It is a critical aspect of getting the ANC payment reinstated and support on this matter is needed.”

Responding, Declan McAleer said he was “delighted” that the UFU, had come out in support of the bill.

“The farmers who have responded to the consultation are hoping dearly this will be restored,” he said.

The ANC payment was always very useful to cover the additional costs of winter in the hills and often helped towards fertiliser costs and other income forgone as a result of limited income opportunities.

McAleer told Agriland so far there have been almost 500 responses.

“That figure would be great under normal circumstances, where we would have gone around the marts to speak to farmers directly, so to achieve that online is fantastic,” he said.

I spoke at a public meeting in Co. Fermanagh on Wednesday night [March 24] – that constituency is 92% ANC so for that county, in particular, this would be a massive boost.

“The bill has received a lot of support in counties bordering the likes of Leitrim and Cavan where farmers are still in receipt of ANC. It would create a more level playing field with their counterparts in the South.”