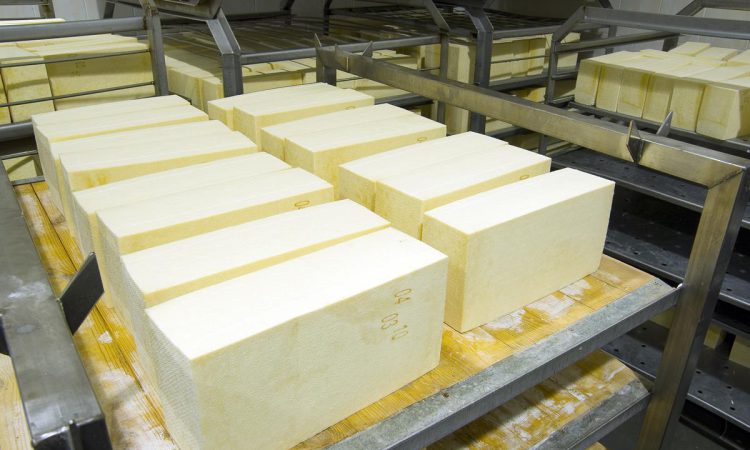 Plans to legislate for an even playing field in the UK’s internal market have been revealed by the UK government this week.

It comes as many in the agri-food sectors had feared a border in the Irish Sea, cutting off Northern Ireland from lucrative markets in England, Scotland and Wales.

Under the plans outlined in the white paper, the UK will continue to operate as a coherent ‘Internal Market’.

A Market Access Commitment will guarantee UK companies can trade unhindered in every part of the UK while maintaining high standards for consumers and workers.

“This will give business certainty. If a baker sells bread in both Glasgow and Carlisle, they will not need to create different packaging because they are selling between Scotland and England,” it read.

“Likewise, engineering firms in Scotland using parts made in Wales will know that the parts are compliant with regulations across other home nations.”

‘Mutual recognition’ means that the rules governing the production and sale of goods and services in one part of the UK are recognised as being as good as the rules in any other part of the UK.

“They should, therefore, present no barrier to the flow of goods and services between different regulatory systems,” it read.

The rules are described as being similar to the principles underpinning the internal market structures of other countries, including Australia and Switzerland.

“In future it means that it is not possible for one regulatory system to introduce rules specifically discriminating against goods or services from another,” officials wrote.

Why does it matter?

A difference in accepted standards could have a similar result as a tariff.

The paper explained one realistic scenario of several small policy differences (such as differences in food safety, labelling and product packaging) could result in costs equivalent to a 2% tariff for retailers and wholesalers.

For example, if these policy differences were to arise between Scotland and the rest of the UK, Scotland’s retail & wholesale sales to the rest of the UK could initially decrease by 7%, or by £433 million based on current annual trade volumes.

With an average price of £2, around 8.2 billion sandwiches are purchased every year in the UK. The British Sandwich & Food to Go Association used Campden BRI and Defra data to work out the potential additional direct and indirect costs across the agri-food chain should standards not be aligned.

It warned potential indirect costs passed on from suppliers would arise from having to comply with different food labelling and packaging requirements across the UK.

The estimated one-off cost to relabelling each product type is between £4,000 and £7,000, while other direct costs could include having different recycling requirements for the packaging across the UK.

The sandwich maker’s pricing would, in turn, reflect the:

Using pesticides as their inputs, it said farmers would also need to absorb:

Arlene Foster, First Minister of Northern Ireland – where Britain is the biggest market for the region’s agri-food, tallying £2.3 billion of sales annually – welcomed the publication but said more detail was needed.

However, with sales to the Republic accounting for a further £716 million, traders won’t want to lose access to this either. Exports to other EU countries fetch Northern Ireland agri-food businesses an additional £416 million.

“The government made sacrifices last year to protect the EU single market via the Northern Ireland Protocol, and this, unfortunately, put Northern Ireland in a different space to the rest of the United Kingdom,” she said.

“The commitment to enshrining in legislation unfettered access for Northern Ireland businesses to the whole of the UK market is positive.

We now need to find out how the United Kingdom internal market regulations would work in Northern Ireland if they conflicted with the EU regulations which would also apply here.

“This is of utmost importance given the fact that the rest of the UK is by far Northern Ireland’s biggest market and the new challenges we face.

“The paper seeks to mark a balance, protecting our UK internal market while ensuring many of the newly repatriated powers from the EU rightly come back to Northern Ireland and the other devolved regions. This will mean over 150 additional policy areas for Northern Ireland.

As powers are repatriated, it is important that this does not give rise to any new internal barriers to trade across the UK.

“Indeed, it is also important that the Northern Ireland Assembly parties work together to ensure our ability to utilise those additional powers is not blunted because of the EU’s ability to veto.

“As we continue through this current process, there is an opportunity to strengthen our economic prospects and the robustness of the UK internal market.

“We must seize that opportunity, with all parts of the UK working together for the benefit of all our citizens in every part of the Kingdom.”