UK-NZ free trade deal: How it affects the agricultural community

Following 16 months of negotiations, the Prime Ministers of the UK and New Zealand – Boris Johnson and Jacinda Ardern - yesterday (October 20) reached an agreement in principle on the key elements of a new free trade agreement (FTA).

An agreement in principle is not legally binding; the finalised text, to be completed in the coming weeks, is subject to verification and a domestic approval process after which, following signatures from both countries, it will enter into force.

The agreements follow in large, previous arrangements made with Australia and Japan, helping to pace the way for the UK to join the Trans-Pacific Partnership (CPTPP), a free trade area of 11 Pacific nations with a gross domestic product (GDP) of £8.4 trillion in 2020.

What does the UK-NZ FTA include?

Key commitments of the agreement include the following:

How does this affect the agricultural community?

Agreements have been made for specific products, covering key aspects of British farming. 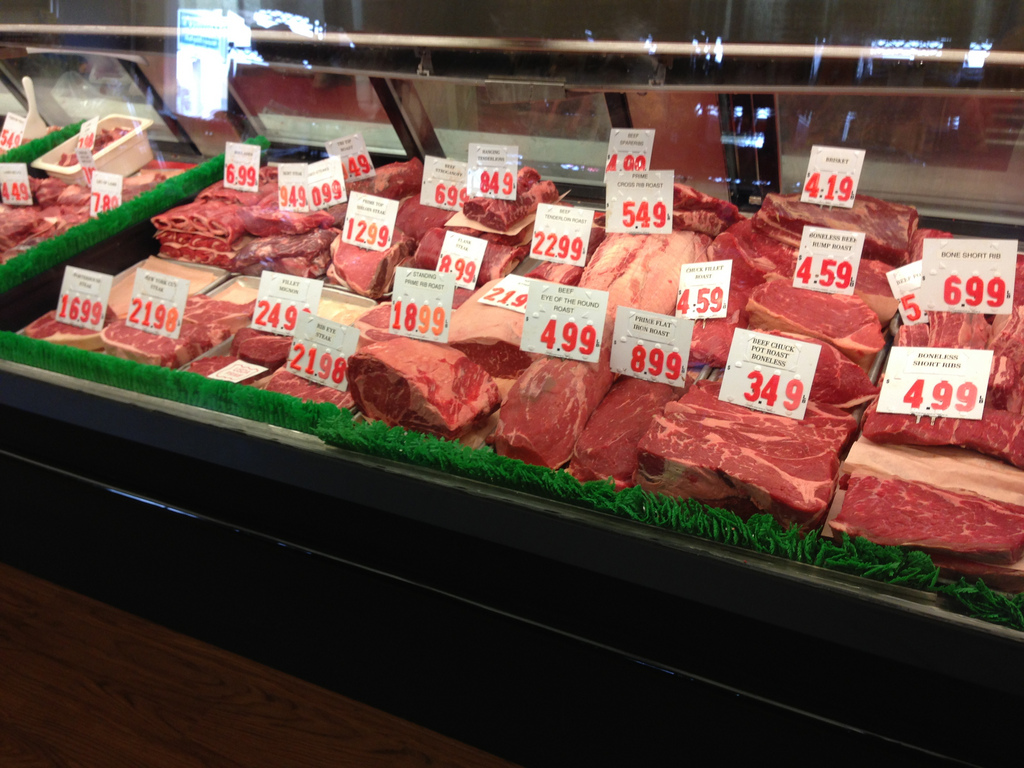 For beef, the UK will remove duties after ten years. During the first 10 years (following legalisation) a duty-free transitional quota will be put in place for originating beef imports from New Zealand (NZ). The quota volume for this will increase annually (12,000MT in year one rising to 38,820MT in year 10).

If this quota is filled in a given year, any further originating imports of beef from NZ will be subject to Most Favoured Nation (MFN) base rates.

Past this, for years 11-15, a product-specific safeguard will be applied, and will include trigger volumes (increasing annually).

If the trigger volume is met in a given year, the UK will apply a duty of 20% to any further originating imports of beef from New Zealand, for the remainder of the year.

The product-specific safeguard will be removed at the end of year 15 and beef trade will then be fully liberalised.

A similar situation is put in place for sheep meat; initially there will be a duty-free transitional quota for NZ imports, after 15 years sheep meat will be fully liberalised and from year 16, duty free.

If the agreed yearly quotas are filled, any further originating imports will be subject to MFN base rates. For years 1-4 the quota is set at 35,000MT/year and for years 5-15 it is 50,000MT/year

In a given year, trade can only occur under the FTA quota once the utilisation of New Zealand’s WTO country-specific sheep meat quota into the UK has reached 90%. 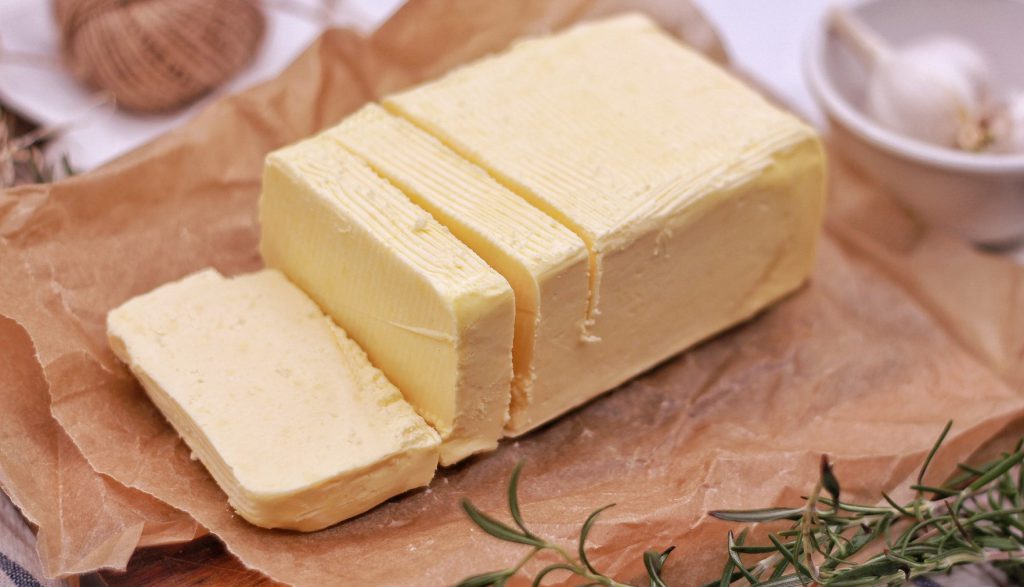 Butter and cheese will be fully liberalised in six equal reductions over five years. During this time, a duty-free transitional quota will also be made available.

Both products will be duty-free from year six onwards.

Part of the agreement is a commitment to lessen the paperwork involved in proving originating status of goods. For this, there will be no requirement for verification visits by the importing country to ascertain if goods being imported into its territory are originating.

Rules to determine if specific products are eligible to benefit from tariff preferences have been agreed and are designed to enable existing and future supply chains and facilitate trade, while also ensuring goods benefiting from market access under the FTA undergo sufficient production or processing in New Zealand and the UK.

For agricultural goods, origin will be established through change-of-tariff-classification (CTC) and specific processing rules (w.g. grinding or refining).

The commitments of the agreement allow for both countries to regulate animal welfare and to set respective policies and priorities for the protection of animal welfare.

The Prime Ministers agree for their governments to cooperate further to understand each other’s regulatory systems and approaches, provide a forum for ongoing areas of cooperation and work together to promote animal welfare standards internationally. 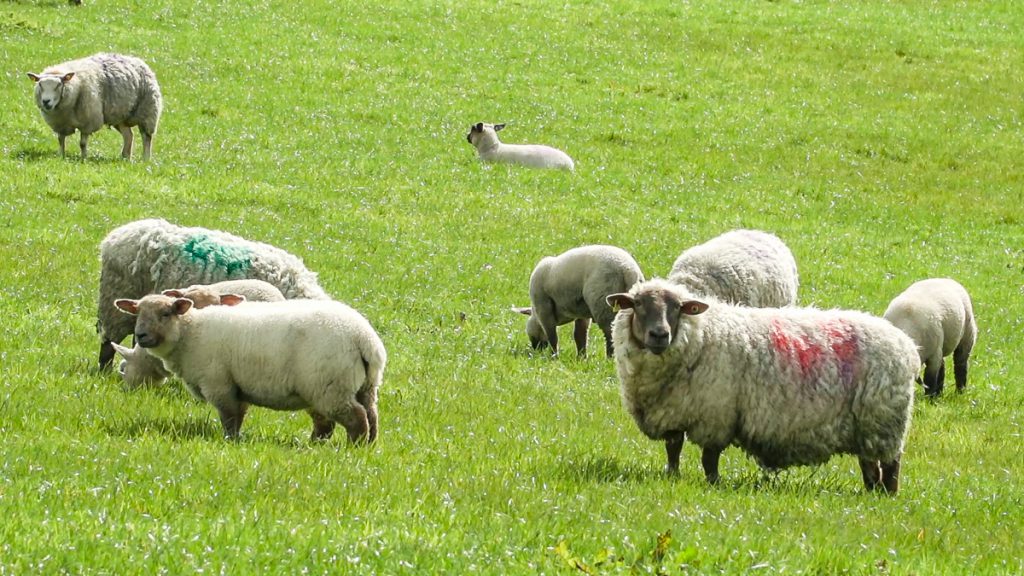 Further agreements include commitments on environment and trade issues, with a mention of sustainable agriculture, illegal deforestation, climate targets, biodiversity and air quality.

There is also a transparency chapter with a commitment to being 'open'.

“This is a great trade deal for the United Kingdom, cementing our long friendship with New Zealand and furthering our ties with the Indo-Pacific.

“It will benefit businesses and consumers across the country, cutting costs for exporters and opening up access for our workers.”

However, going by reactions in the agricultural community, this sentiment does not seem to be shared.

Commenting on behalf of the National Farmers’ Union (NFU), its president Minette Batters had the following to say:

“The announcement of this trade deal with New Zealand, coupled with the Australia deal signed earlier this year, means we will be opening our doors to significant extra volumes of imported food - whether or not produced to our own high standards - while securing almost nothing in return for UK farmers.

“We should all be worried that there could be a huge downside to these deals, especially for sectors such as dairy, red meat and horticulture.

The fact is that UK farm businesses face significantly higher costs of production than farmers in New Zealand and Australia, and it’s worth remembering that margins are already tight here due to ongoing labour shortages and rising costs on farm.

“The government is now asking British farmers to go toe-to-toe with some of the most export orientated farmers in the world, without the serious, long-term and properly funded investment in UK agriculture that can enable us to do so.

“It’s incredibly worrying that we’ve heard next to nothing from government about how it will work with farming to achieve this. This is why it is very, very difficult for the NFU to show any support for these deals.

“They involve significant upsides for farmers on the other side of the world who can now access our hugely valuable market but contain little discernible benefit for UK producers, either at home or overseas.

“This latest deal offers virtually nothing to Scottish farmers and crofters in return but risks undermining our valuable lamb, dairy and horticultural sectors by granting access to large volumes of imported goods that could be produced in farming systems not currently permitted here.

“The Department for International Trade has repeated its claim that there will be safeguards for UK producers within such deals without ever identifying what those safeguards would be."

“My fears have been confirmed as we see New Zealand secure similarly generous access to the UK market,” he said.

I view this latest announcement with great apprehension for future generations, and as further confirmation of the UK Government’s agenda of liberalising trade with some of the world’s largest agri-food exporters, an agenda which has the potential to seriously threaten Welsh farming in return for no tangible benefits that we can see.

"However, my concerns go further than economics,” he added.

“If our financial viability is threatened, then the social and cultural fabric of our rural communities will be threatened, as well.”

“Wales does not fear trade – we produce high quality red meat which can compete with any in the world. But such generous Free Trade Agreements threaten to distort the market.

“In terms of lamb, although volumes of New Zealand lamb imports in recent years have been below their allowed quota, an unlimited supply from New Zealand in future is a potential threat if there is any disruption in their other export markets in Asia and the Americas. In terms of beef, this deal will mean an immediate increase in global competition for domestic producers."

Speaking on behalf on the County Land and Business Association (CLA) Mark Tufnell, the association’s deputy president, said that while they instinctively support free trade, there “has to be something in it for both sides”.

Over time, New Zealand will be able to sell even larger quantities of meat and dairy produce into the UK, often produced much more cheaply than we can do ourselves.  This risks undercutting UK farmers and putting a question mark over the viability of their businesses.

“We now need a serious conversation with government, particularly about the formation of the Trade & Agriculture Commission and a response to its predecessor’s report.  If ministers expect us to compete on the global stage, they need to help us to do so and we need further support from trade envoys alongside better labelling.”

The National Sheep Association (NSA) has issued a statement making its disappointment apparent.

For all the warm words we’ve heard from our Government this news is highly disappointing, even though I’d say it’s no surprise.

"You only have to see the statements being made by the red meat sector in New Zealand for evidence they intend to send more and more sheep meat in our direction, and this in addition to the increase in access by Australia means together, in just over a decade, these two countries will have access to our entire volume of lamb consumption."