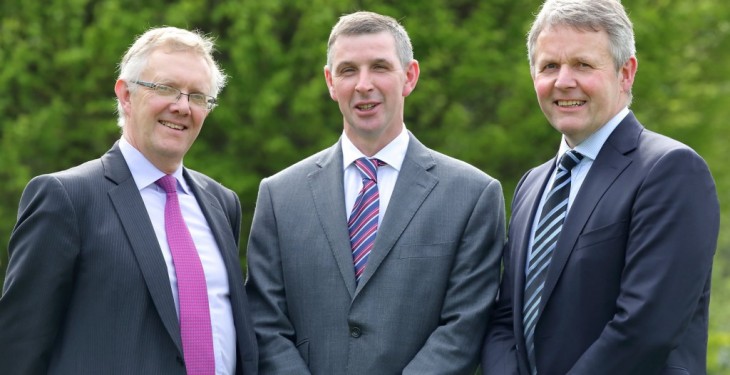 The Ulster Farmers’ Union’s presidential elections which take place this month will focus on farmers’ profitability and sustainability, according to outgoing UFU President Ian Marshall.

Almost 12,000 members of the Union are eligible to vote for its next President and Deputy President on the April 27 elections.

“Ivor Ferguson is still deciding whether he will stand against Barclay Bell in the presidential race,” Marshall said.

All presidential candidates serve for a two-year term as Deputy President before being eligible to run for President.

Dairy incomes in Northern Ireland are projected to fall by 78% during 2015/16 and that will be a key issue for whoever is elected, according to Marshall.

“The first thing for us all is about profitability and sustainability, because in the absence of profit this industry is certainly not sustainable.

The Union President said other significant issues for farmers to be addressed are around animal health and disease control, as well as the farming sector’s engagement with retail practises at supermarkets.

Marshall said that with regards to the IFA pay scandal over the last six months, the UFU does not have similar fears.

“We are very proud of our transparency. We’ve never held anything back or been anyway precious or sensitive about our remuneration packages.”

He added that the remuneration of UFU staff is made publicly available each year, through it’s published financial accounts.

“We’ve nothing to hide. In fact, the only feedback we got is that some of our people out there could be paid better.”

“The Brexit vote is hanging over our heads in one sense, but our formal position has been that in the absence of any compelling case to tell us why we should leave the European Union, then we feel that at this point in time we are better to remain,” Marshall said.

“Our core function is about dealing with farmers’ live issues. We could become distracted and focus on a Brexit exit contingency plan but we don’t think that would be a good use of our resources.”

The President added that if there is a vote to leave the UK in June, there will be a lengthy transitional period before any exit. However, Ulster farmers’ cash flows is a far more pressing issue for the Union, he said.