Unofficial: Spotted near the AGCO / Massey Ferguson factory in France? 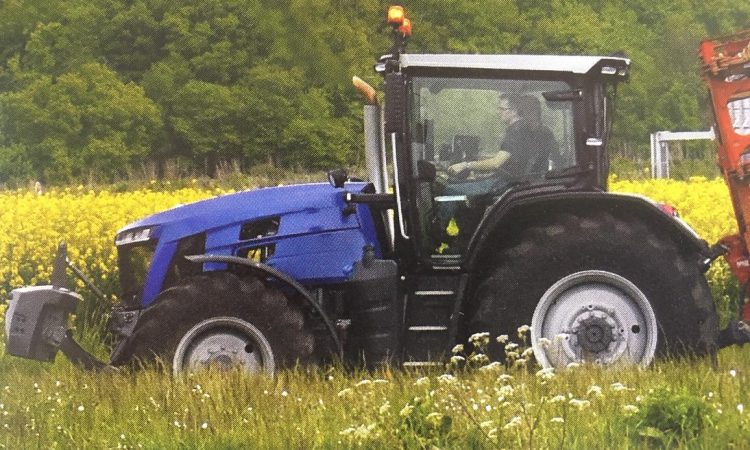 Pictures of a prototype tractor are circulating online; some of the shots are believed to have been taken near the AGCO (Massey Ferguson) tractor factory in Beauvais, France.

This picture (above) is the latest to surface; earlier shots had come to prominence back in May.

Also Read: Spotted near MF’s French factory: What is this ‘prototype’?

At that time, publisher/outlet Landbouw Mechanisatie speculated that this ‘prototype’ might even be a future replacement for Massey Ferguson’s current 7700 series tractors.

The tractor in the photograph carries no markings or model designations, though the styling of the bonnet’s nose bears some resemblance to that of existing MF models.

Notably, the tractor appears to have a new (four-post) cab.

The other obvious point to note is that the pictured tractor is blue – described by Landbouw Mechanisatie as ‘Iseki blue’. Presumably, such a move might be intended to disguise a ‘test unit’.

Rumours are rife that this ‘test-mule’ may not only have a new transmission but, perhaps, a significantly different powertrain/drivetrain. In any event, watch this space!

Elsewhere – in official Massey Ferguson news – the manufacturer will launch its new ‘NEXT Edition’ tractors at Agritechnica 2019 in Germany next month.

These special-edition tractors combine elements of the 5700 S Essential and 7700 S Exclusive packages with “further features”. 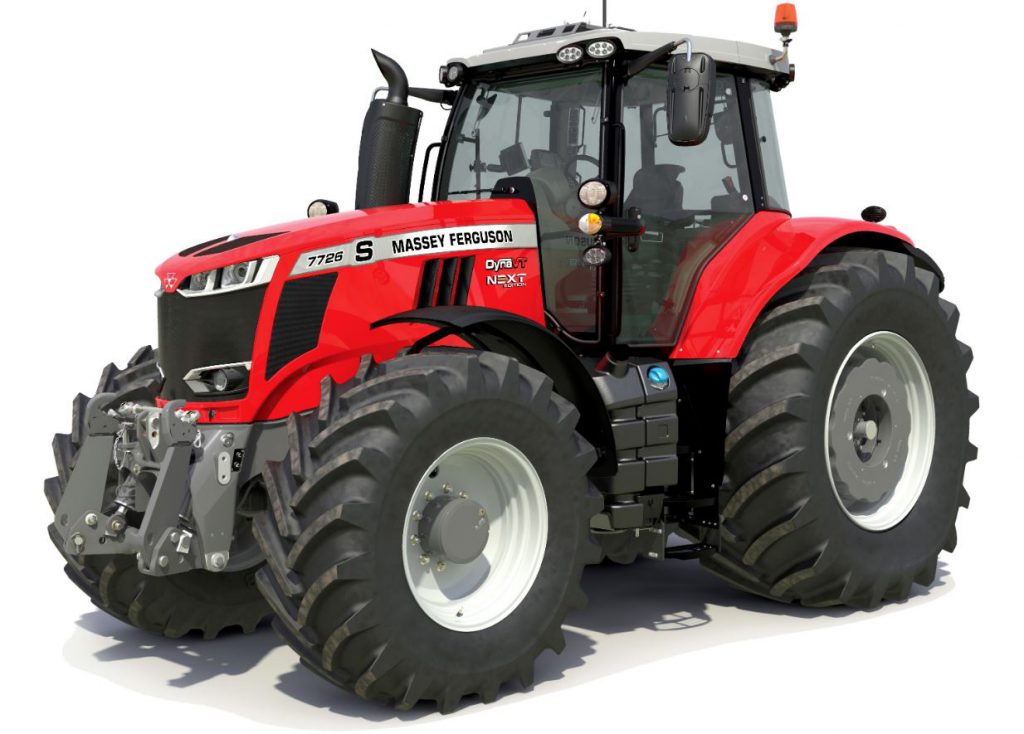 The ‘NEXT Edition’ models come in MF’s existing red colour, but with “distinctive” black grilles. Alternatively, you can choose a full black livery for the same price. 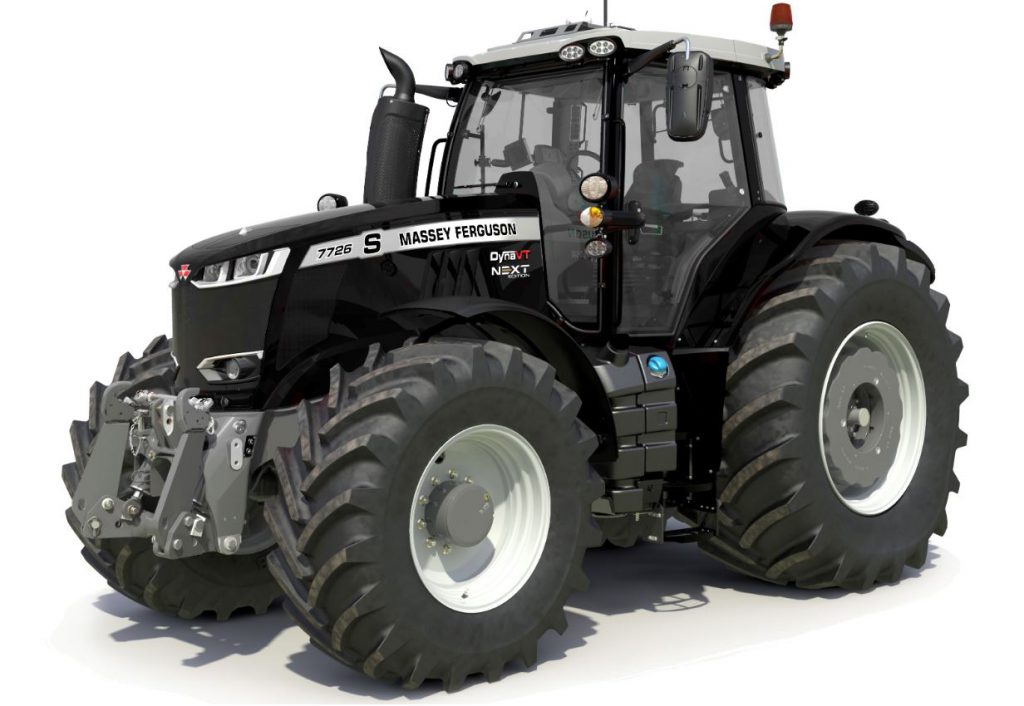