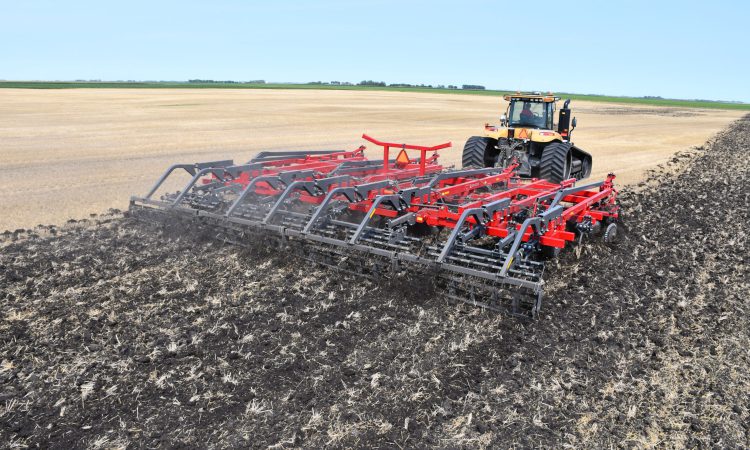 Farm machinery company Vaderstad is realising its ambitions of entering the North American market with the purchase of AGCO-AMITY JV LLC, more usually referred to simply as AAJV.

“to gain access to distribution outlets in the USA, a manufacturing facility in the USA as well as benefit from the heritage and strong reputation of the Wil-Rich, Wishek and Concord brands”.

The three brands listed are all involved in either cultivation or crop establishment activities, which would appear to fit straight into Vaderstad’s current portfolio of products.

AAJV has 110 employees and a manufacturing facility of 30,000sqm. It also has a parts distribution warehouse and a research and development facility in Wahpeton, North Dakota.

“This acquisition is in line with our long-term ambition to grow on the North American market. AAJV has a strong position on the US market combined with a product portfolio that gives us a more complete product offering in North America.

Jason Strobbe has been appointed as the new managing director for Vaderstad Inc., as the acquisition is now known. Strobbe also holds a position as vice president of sales and marketing for North America.

Although this purchases gives Vaderstad direct access to American farmers, it is not its first move on the continent. In 2013 it took full control over Canadian-based company Seed Hawk, after having been part-owners since 2006.

As the original name suggests, AAJV was partly owned by AGCO which formed a joint venture with AMITY, a producer of sugar beet equipment. This partnership now closes with the full purchase of AAJV by Vaderstad.

Founded in 1962 by Rune and Siw Stark, Vaderstad AB is a family-owned company based in Vaderstad, Sweden, and currently has more than 1,550 employees with representation in 40 countries.