Video: The highlights of Day One of the Balmoral Show

Day one of the 148th Balmoral Show saw thousands of people flock to Balmoral Park in Northern Ireland for what is one of the biggest events in the farming calendar.

Over 90,000 people are expected to go through the gates of the three-day event this week and the weather did not disappoint on day one.

In case you missed day one of the show, Ulster Bank, principal sponsor of the Balmoral Show, has put together this great video of the day.

A fantastic 1st day of the 2016 @BalmoralShow! Visit until Friday for food, farming & fun! https://t.co/JuzOKArKfmhttps://t.co/nprFZTOH8b

Twitter has been on fire with tweets and the hash-tag #BalmoralShow has been a firm feature on users’ timelines all day.

Graeme Smyth tweeted that it’s been another great Balmoral Show and that it’s fantastic to get back to the rural roots.

Another great @balmoralshow – fantastic to get back to the rural roots! #BalmoralShow

There was more than just farming and food on show today with some stunt bike action!

Rosemary Girven, a training consultant for health and safety tweeted that she had sore feet and sunburn – but that it was a great day out.

If you plan on attending day two of the show tomorrow, there is a good day in store with bright and sunny spells.

The Met Office has said that there could be the odd isolated shower and it will be warm with maximum temperatures reaching 20 degrees.

Organisers are advising those who are planning on attending the event to plan their journey in advance and to be aware of local traffic diversions. 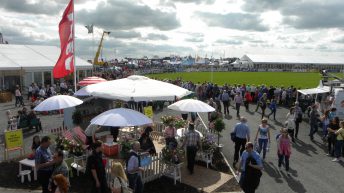 How to plan the best route to the 2016 Balmoral Show 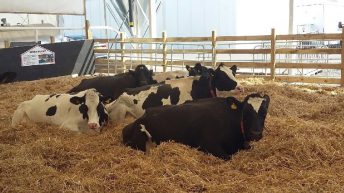