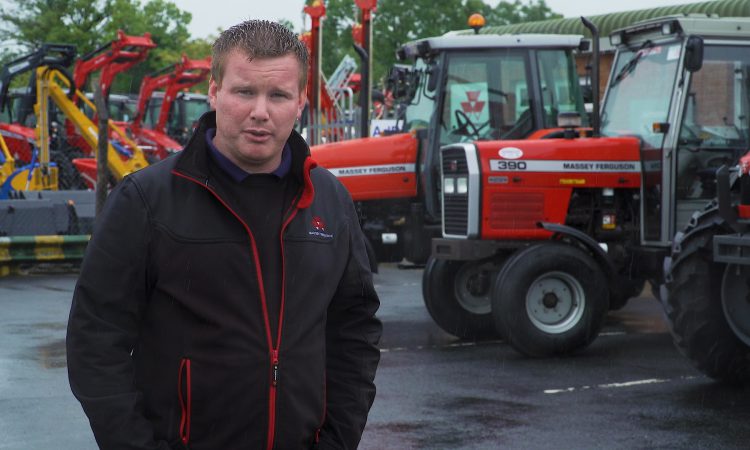 AgriLand paid a visit to Johnstons Farm Equipment – on the edge of Longford town – to chat to salesman Diarmaid Waldron about a very special Massey Ferguson 390.

The tractor – in exceptionally original condition – had notched up just 3,600 hours from new.

It was flanked by an equally eye-catching 4235, with just 731 hours showing on its odometer.

In this video (below – produced by AgriLand’s own Kevin Farrell) Diarmaid explained: “This 390 is a 2WD [model]; it’s from 1996. One local owner had it since new; it’s in mint condition.

“The tractor has been sold this week [at the time of filming].

“The phone never stopped ringing all week. It gathered great interest on social media. With the low hours, it’s not surprising how clean this tractor is. It’s absolutely immaculate from the inside to the outside.

“The original paintwork is on it.” 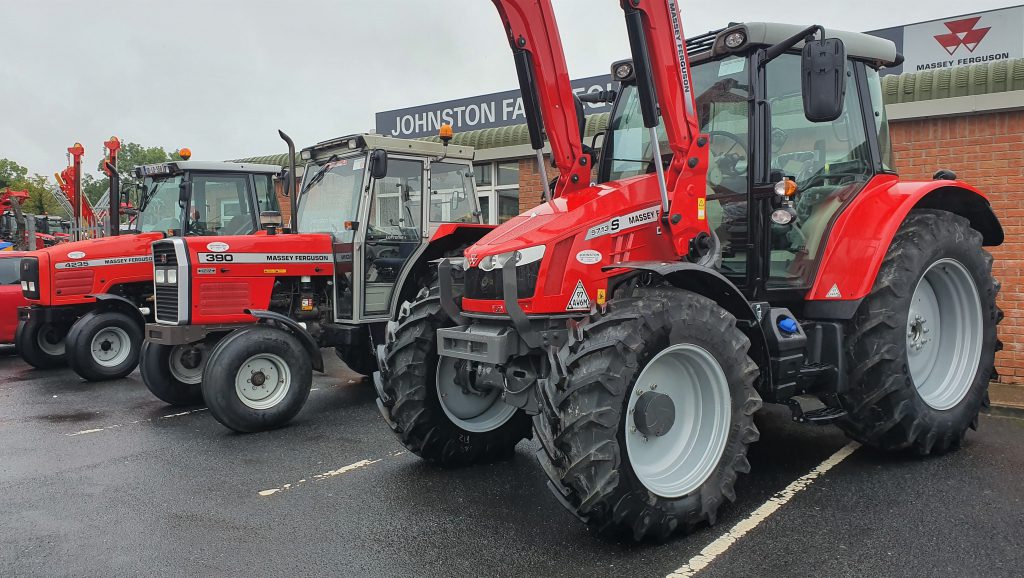 Diarmaid then turned his thoughts to the equally-impressive (2WD) 4235 sitting alongside. He noted: “There’s only 731 hours [on it] from day one; it’s a 20-year-old tractor.

It was traded in by the same man that had the 390 as well. He traded the two in for one new tractor.

Moving on to Massey Ferguson’s current offering, he explained: “The 5700 Series are the most popular tractors we’re selling this year – [from around] 120hp up to 150hp.” 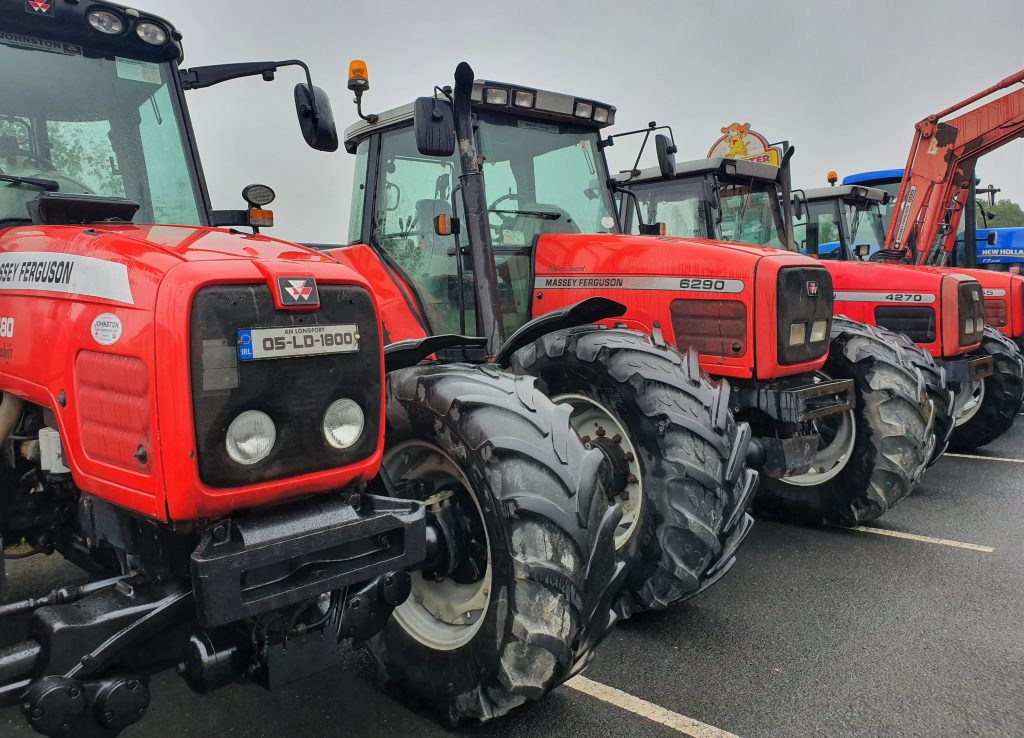 Diarmaid also noted that Johnstons Farm Equipment was with Massey Ferguson as far back as the 1980s. “More recently,” he said, “we’ve been with them since 2013.”