Vintage tractor of ‘huge sentimental value’ stolen in the North 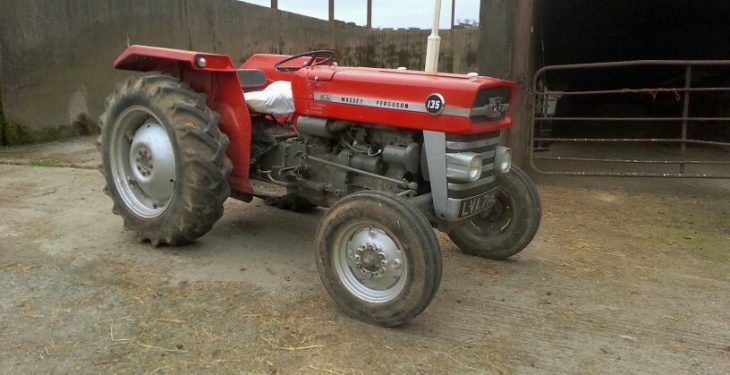 This tractor was stolen from a farm in Co. Armagh

A vintage Massey Ferguson 135, which has been passed down through a number of generations, was stolen from a farm in Co. Armagh over the weekend.

The tractor was reported stolen from a farmyard in the Edenaveys Road area, near the town of Armagh.

It was last seen being driven down a road, close to the farm, at around 11.45pm on Saturday night, January 14, according to one of the owners of the tractor, Joshua Black.

“The tractor does a lot of light work around the farmyard during the week. It has been in the family for generations.

It was passed from my great-grandfather to his son and then to my dad, eventually then it would be passed onto myself and my little brother.

The tractor was parked in a shed on the family farm, meaning the people who took the tractor had to open a number of gates to get the tractor onto the road, he said.

Despite the tractor being spotted while it was being driven down a road close to the farm, no other sightings of the tractor were reported.

The sentimental value of the tractor far outweighs any price-tag that could be placed upon it, Black said.

This Massey Ferguson has some distinguishing factors, which include the owners names printed on either side of the tractor’s bonnet in grey text as well as the front right light being smashed.

“The handle on the back of the tractor which lets down the hitch is from a Land Rover and you can see the heavy welds, so it’s very easy to spot,” he said.

The PSNI in Co. Armagh is asking anyone with information on the whereabouts of the tractor to contact their local police station. 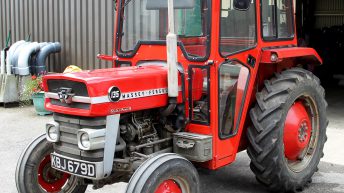 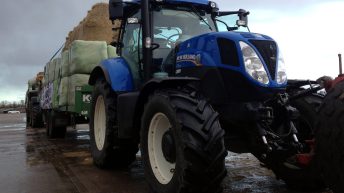 Tractor worth over €80,000 reported stolen in Northern Ireland