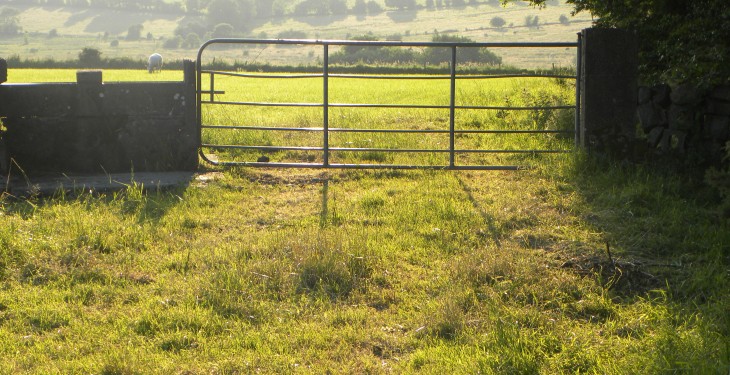 One farmer in north Co. Dublin is sick of being the victim of rural crime and thinks it’s time for trespassers on his land to become the victims.

Paul McNally, a sheep and tillage farmer in Lusk, said that trespassers have been on his farm too many times to count.

“They’ll be there and then they’ll leave it for a month.

“But they’ll slowly start coming back.”

They’ll always deny that they’re on your land and always seem to want to get back onto the road before they have an argument.

Then the minute they get over the gate they say they weren’t on your land, he said.

“The Gardai have lulled me into a false sense of security. They told me to ring them, call 999 so that all the cars can hear it, so you expect them to come within 15 minutes at least.”

McNally told Agriland that he’s a mile from the Garda station where there’s 10 guards based.

“There’s no point in saying there’s a lack of Gardai, that’s where my anger is. I’m actually less than a mile from them and yet, they don’t come out.

“Then when they do come out they come about an hour too late and then my anger is towards them.

McNally said that his land is in different places and that he believes that they’re on scouting missions.

We can’t be everywhere. It’s come to the stage where we can’t leave tractors and machinery in the field.

“It’s not always about stuff going missing, it’s parts. Like a drive shaft is found in a ditch two months later. You think and doubt yourself that you left it somewhere and they just get it and dump it.

“We’re living in fear. It’s all fear. The fear comes to a stage where it’s so much that something else kicks in when you’re dealing with them. You actually become strong.

“It’s lie down or die. The fear is so much, you’re trembling afterwards and you’re nor fit to work for the rest of the day. Then the guards arrive an hour later and you’re just… drained and then take it out on them.

“Everything has been said to me, that they’ll kill me and smash my head in. I was told I’d be rocked in the face.

“The bit about burning me out wouldn’t worry me, because that’s not my life.

“I’ve five young kids and they’ve got a fear now of running through the fields and sheds to me.

“Now if they see anybody on the land they run.”