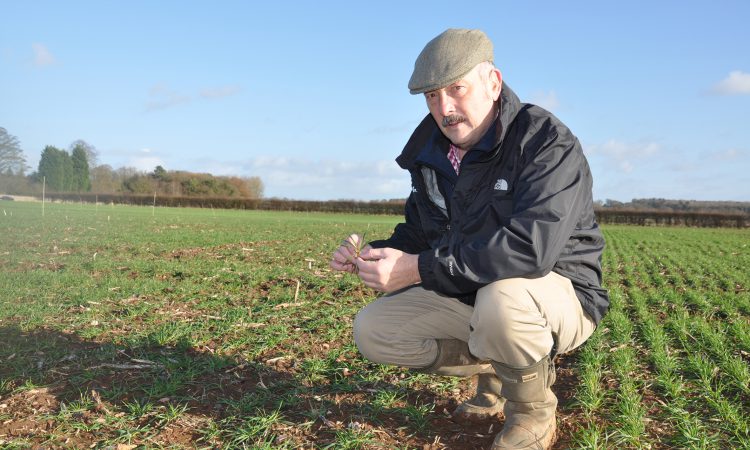 Increased difficulty controlling the UK’s number one wheat disease is prompting crop protection experts, Syngenta, to focus extra research effort in the west of the country to find ways of tackling the problem – an area where it poses a particular risk.

Based at the company’s Innovation Centre in Shropshire, the work will be used to help growers around the UK and will investigate both chemical and non-chemical control methods.

“Septoria tritici, which is spread by rain splash, can rob up to 40% from wheat yield,” said Syngenta field technical manager Iain Hamilton.

Recent years have seen it become increasingly difficult to manage, following shifts in its sensitivity to azole fungicides, which were once the mainstay of control programmes.

“This means we are now having to adopt a much more preventative approach to managing the disease, rather than trying to cure it; relying more on fungicide mixtures in combination with other non-chemical methods.”

Techniques being investigated at the Centre include the monitoring of daily temperatures and rainfall to see how these affect disease development, and the use of different fungicide programmes and combinations.

“The use of SDHI fungicide mixtures – including Elatus Era, which has been shown to deliver long-lasting protection – will form the backbone of chemical strategies.

“As too will use of the multi-site fungicide, Bravo, which is an important component of Septoria control and managing resistance. We must protect against further sensitivity shifts in SDHI fungicides, which are now core to Septoria control.

“Septoria pressure and yield losses tend to be higher in the West because of its wetter climate. So the region lends itself to this research,” Hamilton explained.

Also included in evaluations will be the benefit of growing winter wheat varieties that offer good Septoria tritici resistance without losing out on treated yield, especially in the West, such as Graham.

“The use of delayed planting for reducing infection build-up will also come under the microscope,” he added.

“If using later drilling, then applying a seed treatment to help later-drilled crops emerge from the ground faster could become an important part of this strategy. So we are investigating this closely as well.”

The number of trial plots at the centre has been doubled compared with last season, with other issues, such as managing barley yellow dwarf virus, also to be addressed.