“However, prices compare much more favourably to their levels a year ago; WMP and overall prices sit 72.5% and 59.9% above February 2016 levels.

“With recent rain in most parts of [New Zealand] and autumn around the corner, the improvements in production are likely to be maintained over the remainder of the season.”

As a result, Penny said that ASB expects prices may soften further over coming auctions.

Over a longer period, we expect WMP prices, for example, to remain well-supported in the low US$3,000s.

“We’re stick with our 2016/17 milk price forecast of $6.50/kg for now, though we’re noting the extra downside risks. Moreover, we’re placing the forecast ‘under review’.

“Indeed, as mentioned above weather risks for New Zealand production are now largely ‘off the table’ for the remainder of this season.”

Meanwhile, IFA National Dairy Chairman Sean O’Leary has said the 3.2% fall in the auction, which traded product for the months of March to August 2017, reflects buyers’ speculation egged by the slightly less negative, revised New Zealand 2016/17 milk output forecast (-5% instead of -7%).

With EU dairy returns continuing into mid-February around 37c/L gross (before processing costs), co-ops can and must remain on track to deliver 33c/L including VAT (31.3c/L, plus VAT) before peak, he said.

Dairy farmers have had a very difficult year with cash flow stresses from late 2015, which persist on many farms to this day, and are only now starting to get relief as prices lift above costs and milk volumes start to build.

“The strong demand for the low-cost cash flow loans, lobbied for by IFA, is a testimony to this.

“Most co-ops have been increasing milk prices by at least 1c/L each month since July, so that January milk prices have reached around 29.5c/L plus 5.4% VAT.

“With mid-February EU market returns stable and comparable to December and January levels of around 37c/L before processing costs, equivalent to a farmgate milk price of 32c/L plus VAT, co-ops can and must continue with those progressive milk price increases to reach at least 33c/L for March milk.” 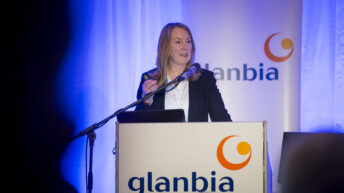 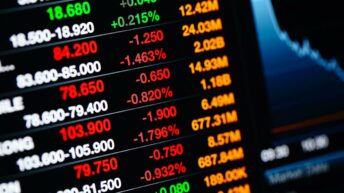