Who’s likely to bite off a slice of China’s growing taste for beef?

The volume of beef imported into China is set to increase by 600,000t - around the same amount produced annually in Ireland - over the next three years.

That's a figure under conservative estimates, according to an international agri-food expert Ian Lahiffe.

Lahiffe has been based in Beijing, China, for more than seven years and was formerly new business general manager for Alltech in the country.

He now heads up operations for Allflex Livestock Intelligence in China while remaining active in the agri-food technology space in Asia. 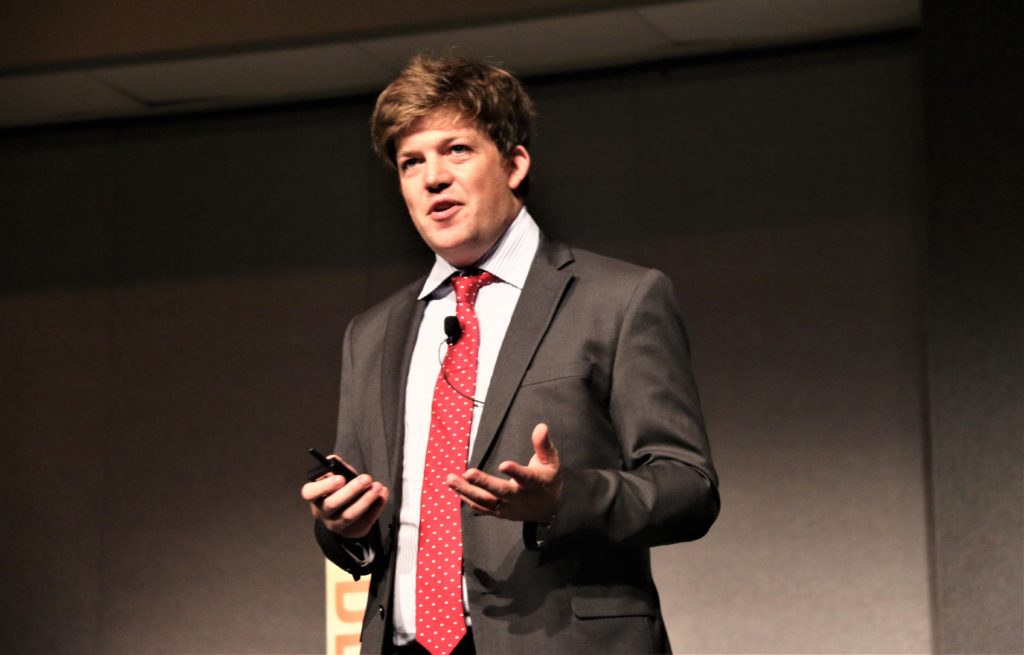 Speaking at ONE18, he said factors such as the Xi era, Chinese consumer's evolving relationships with beef and the evolution of 'new retail' would all play a role in the future of beef imports.

He explained that the Chinese government was happy to import a certain proportion of food.

For example, in terms of dairy products, this is a 70:30 ratio; whereby Chinese farms produce 70% of the country's milk and the remaining 30% is imported.

"It's a bit of a carrot and stick situation," Lahiffe said.

"They are conscious of the fact that they have 1.4 billion consumers that want to eat international food so they use that as an incentive for better access.

But also, and they have learned over the last four to five years in particular, that they will not over-rely on any one country or supplier so they need to diversify.

From a consumer perspective, there is a very strong preference for imported food.

"It's a connected global supermarket and Chinese consumers want the best - why wouldn't they?" he said.

However, he added that the country was moving into an era of bureaucracy and risk aversion and that as a result, it would become harder to get licences for abattoirs etc.

60% of meat consumed in China is pork. However, a generational gap sees young people prefer to eat out or order in.

"When Chinese people eat out beef is their first choice - and this is really what is driving that increase in consumption," he said.

The popularity of the beef hotpot restaurant - where beef is cooked in a pot of simmering soup stock at the dining table - has had a major influence on this.

Lahiffe said he envisaged three scenarios as to where the extra beef would come from.

In the first, the current import level would be maintained and domestic production increased. However, he added that falling cow numbers and a fragmented market made this unlikely. 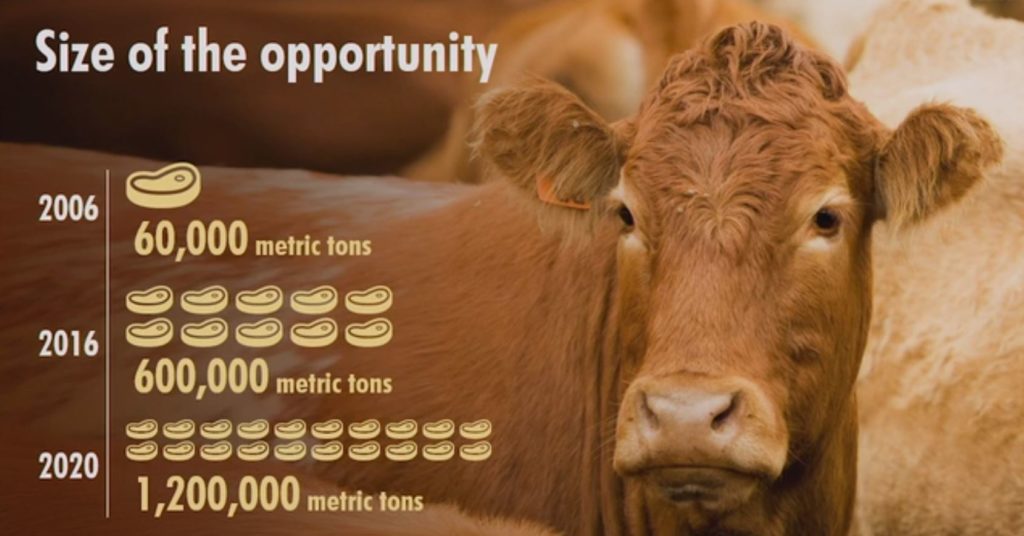 A second scenario could see a huge increase in imports with domestic production remaining steady.

Australia, Brazil, New Zealand and Uruguay are the biggest beef exporters to China. However, the grey market - cows imported illegally from India - also was a major source of meat.

It's estimated as many as 5,000 cattle a day were coming over this way.

Lahiffe said the US was one of the only countries with the capacity to meet the 600,000t shortfall - but added that political relationships could add an element of risk to any US-China trade deals.

How can we bring value in beef back to the producer?