Home » Beef » Why are cattle supplies not falling as fast as forecast?

Why are cattle supplies not falling as fast as forecast? 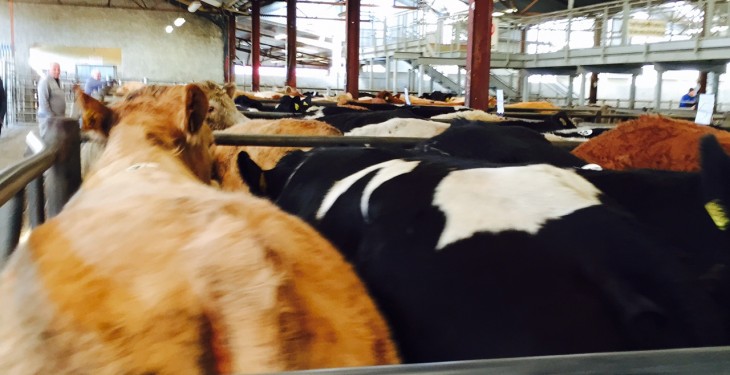 There was a further ease in the cattle trade this week, according to Bord Bia.

It says the fall in price comes on the back of some reduced demand while a relatively steady supply of cattle coming off grass was also reported.

The latest cattle supplies at export meat plants for the week ending August 22 stood at almost 29,700 head which is down 9% on supplies for the same week last year.

Within the beef industry there is considerable surprise at how stable the beef kill remained over the summer months.

Bord Bia has said that an increase of almost 50,000 head in live cattle exports in 2013 combined with a drop of more than 100,000 head in calf registrations point to a significant tightening in finished cattle supplies in 2015.

In its outlook for the beef sector in 2015 it said these developments would leave export availability standing at around 480,000t, a drop of more than 8%.

Industry sources suggest that the forecast tightening of Irish cattle supplies has been mitigated to date by farmers killing cattle younger than previous years.

Many in the industry also comment that recent months have seen cattle killing out extremely well on the back of ideal grass growing conditions over the summer.

In Britain, Bord Bia says reported cattle prices from the AHDB for GB R4L grade steers were averaging at 356p/kg (equivalent to 485.30 c/kg) for the week ended August 22.

It says the trade remains slow on the back of some ease in demand. However it is hoped that the return to work after the holiday season will boost demand particularly for forequarter cuts, Bord Bia says.

In France, Bord Bia says a slow trade was reported with on going difficulties for exporters due to the suspension of direct trade into retailers. In Italy little change was reported in the trade.