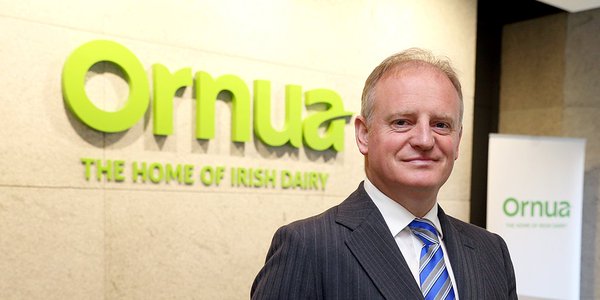 Whether you’re a poker player or a business person, you play with the cards you’re dealt with, the CEO of Ornua, Kevin Lane, has said on the election of Donald Trump as President of the United States.

Speaking at an Economic Vision 2020 lecture in the RDS last night, the Ornua CEO said that whether Hillary [Clinton] got elected or Donald Trump got elected it is what it is and Ornua has to run a business there.

“I know that a lot of people are talking about trade barriers and restrictions and tax within Ireland and the US.

“I think a bit like Brexit, we don’t know how that’s going to play out. We have a very large growing and profitable business in the US.”

We’re going to work very hard to make sure that, whatever administration we’re working with, we’re shouting for the right things.

Lane said that in 2000, Ornua sold two pallets of Kerrygold butter into the US. Now, the US is the fastest growing market for Kerrygold, with exports of the butter to hit 30,000t/year in the coming years.

“Four years ago Kerrygold was the eighth biggest butter brand in the US, it’s now the third and it’s the number one imported brand.

“[Some] €3m Kerrygold tastings now happen each year in the US.”

Lane also announced that next week, Kerrygold butter will be making its debut on US televisions to advertise the brand.

Earlier this month, Ornua announced that it is to invest €10m in its Kerrygold production facility in Dusseldorf, Germany, such is the demand in Germany for the butter.

Kerrygold is the number one butter brand in Germany selling 100’s of millions of packets each year and is the brand leader for butter, spreads and cheese.

Today, Kerrygold sales retail at approximately €750m and by 2021, it is expected to be a €1 billion food brand.