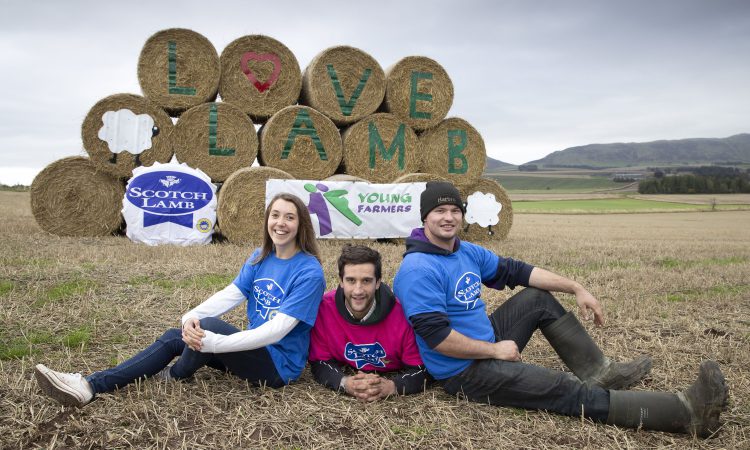 The annual Young Farmers’ bale art competition returns to fields across Scotland over the next week.

With previous entries including everything from teddy bears and clowns to giant cows, 2018 entries will have plenty to live up to.

This year, members of the Scottish Association of Young Farmers Clubs (SAYFC) will go head to head in a challenge set by Quality Meat Scotland (QMS) requiring them to create art from bales that celebrate the Scotch Lamb PGI brand.

Fans of the art are encouraged to show their appreciation by donating to a JustGiving page, with all proceeds going to the STV Children’s Appeal, which supports children and young people affected by poverty in Scotland.

TV presenter Lorraine Kelly, who is a trustee and huge supporter of the STV Children’s Appeal, will judge the young farmers’ finalist entries in the bale art competition and select the overall winner.

“I had the pleasure of judging this competition last year and was overwhelmed by the creativity and diversity of the bale art structures,” said Kelly. “I can’t wait to see the entries this year!

I’d like to thank the young farmers who are helping to raise money for the STV Children’s Appeal, an incredibly worthwhile cause which helps children who endure tough times throughout Scotland.

“Good luck to everyone who is taking part,” she added.

The challenge comes amid QMS’s nine-week campaign to get the country enjoying more Scotch Lamb which, following £200,000 of funding from the Scottish Government, will for the first time include TV advertising alongside radio, print, digital and billboard.

Carol McLaren, marketing and communications director with QMS, said: “This is the second year that the bale art will be helping celebrate Scotch Lamb.”

Those interested in giving towards the STV Children’s Appeal can make a donation by visiting the JustGiving website here. 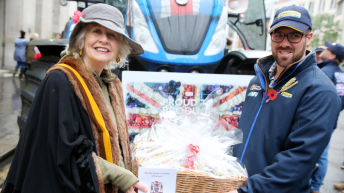