Home » Agri-Business » Benchmarking: Even ‘bad’ figures can back up the right investment

Benchmarking: Even ‘bad’ figures can back up the right investment 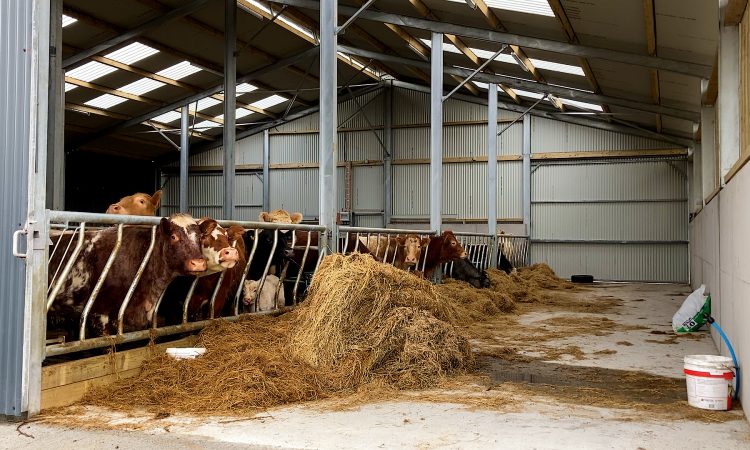 Farmers have little to fear from benchmarking as even ‘bad’ results could help support investment in the right areas, according to one of Northern Ireland’s most senior agri-business bankers.

“Often from where the bank comes from, it’s all about risk. And what what lowers your risk, but anything that improves profitability,” he said.

“That could be getting more from your grass or aiming for a calf/cow/year – we talk about that like it happens on every farm, but sometimes it doesn’t – it’s once every 14 months or 15 months rather than once every 12 months,” he told attendees.

The merits of contract farming were also discussed in detail. It was suggested that fixed price agreements could help shield businesses from market volatility.

One of the farmers featured in the webinar, John Egerton, explained how he had used a beef calf-rearing programme to create a venture for his three sons.

“The beauty of a contract is you’re sharing the risk, and that you’re paid a management fee; you don’t actually buy the [stock], you supply your management and you supply the shed or the facilities,” McKervey said.

It’s something that we’re very comfortable with because, actually, you know, it takes away from those extremes that farmers can be subjected – you may never get the highs but equally, you don’t have to take the lows either.”

‘Never something to be afraid of’

However, McKervey warned against taking on debt for unviable enterprises, explaining that benchmarking could help identify the areas where the largest gains can be made through targetted investments.

“If you’re taking on debt by all means, stick around to make a return, but just be careful that you’re not taking on debt to fund losses; that really is a dangerous predicament to be in,” he said.

“…Having the benchmarking figures behind you just gives you a sense of comfort to see what that farmer is doing well,” he said.

We have other farmers who fear what if I do benchmark and I don’t show up well – what is the bank going to say?

“But the truth of it is, if the benchmarking figures are showing that my performance could be better if I invested in X, Y, and Z. Well that actually strengthens your case, because you’re saying: “Look, on the six or eight performance figures here, I’m doing very well in these areas, but my calf-rearing facilities, for example, isn’t as good as I want it to be. I’ve high calf mortality, or whatever else, but if I had a new calf house and spent X amount of money on it I could improve my business. That makes perfect sense.

“Benchmarking should never been seen to be something to be afraid of.

It is a useful tool for the farmer’s own verification of his work, on how he’s doing versus other farmers of similar skill or similar place, it only makes perfect sense that you want to find out what am I doing well, what am I doing maybe that to improve on? Do I need an investment to cover that?”

“I’m delighted to see it. As it’s sitting on intensive sectors we’d see it, day in day out. Unfortunately, with beef we see it much less,” he concluded.