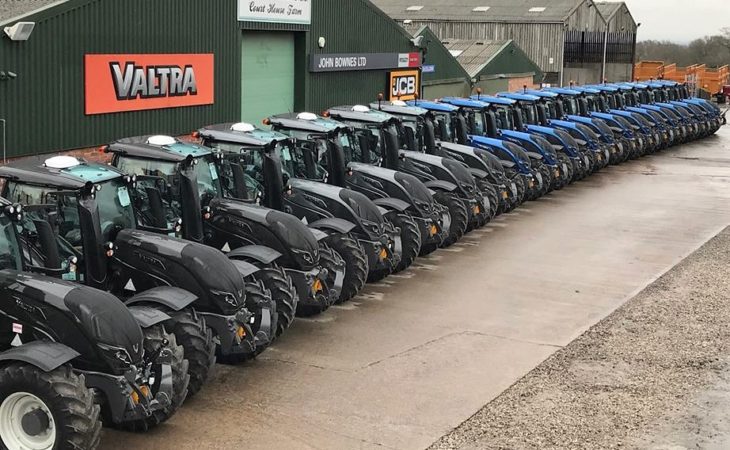 John Brownes Ltd – an agricultural machinery dealer based in Cheshire, England – has struck a deal for a very sizeable number of new Valtra tractors.

The business – a franchised dealership for Valtra and JCB, amongst other agencies – has just sold 20 new Valtra tractors to J K Ashbrook. The pictures (above and below) show the fleet, which is now on its way to the new owner. The tractors will form part of J K Ashbrook’s nationwide hire fleet in Britain.

According to John Brownes Ltd, the fleet consists of 13 Valtra T174 and seven T254 models. Some are ‘Active’-spec tractors; others are ‘Versu’ models. Three even have Valtra’s TwinTrac reverse-drive system fitted.

J K Ashbrook is a significant plant hire, ground-works and civil engineering contracting business; it is also based in the Cheshire region and has 25 years of experience under its belt. It is still a family-run entity; it apparently operates a fleet in excess of 500 machines – of various types and hues.

Such is the size of the business, it has its own on-site fitters and workshops – tending to its hire fleet. It also runs its own trucks and low-loaders.

J K Ashbrook hires out all manner of equipment, including tractors and agricultural implements.

These sample prices are subject to VAT (20%).

The company is also, of course, known for its tractor hire fleet. Up to now, it was running just six Valtras (alongside many other tractors from competing manufacturers). The purchase of this big, new consignment of Finnish-built machines suggests that the existing tractors performed well. 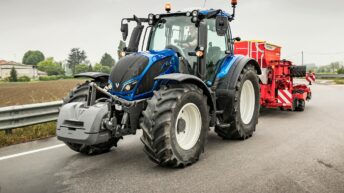