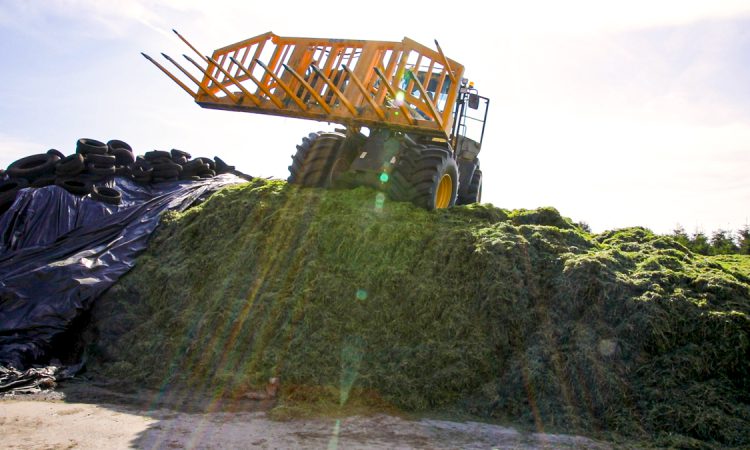 As silage season approaches, now is the time to consider the environmental risk of silage effluent, to avoid a pollution incident which could cause serious harm to waterways.

Heather Gregg, an agri-environment adviser with the College of Agriculture, Food and Rural Enterprise (CAFRE), said: “Silage effluent is probably one of the biggest risk factors during silage season, as its potency as a pollutant can have serious damaging effects if it reaches a waterway.

“As a result, its management is critical through the silage making, ensiling and storage process.

”The severity of silage effluent can be highlighted through explaining the biological oxygen demand (BOD) of a number of substances.

”BOD is a measure of the amount of oxygen required by micro-organisms to break down organic material. The higher the BOD, the greater the pollution potential,” she said.

”As oxygen in the water ways is used to break down the pollutant, animals and plants no longer get the oxygen required, resulting in catastrophic damage to the ecosystem.”

Heather highlights that: “Silage effluent has the second highest BOD value after milk, making it over 200 times more damaging than raw domestic sewage.

“Consequently, any amount of this pollutant entering the waterway will have serious damaging effects.

”In summer months pollution incidents have a greater effect on our waterways, due to the lower flows and a reduced oxygen carrying capacity – due to the higher summer temperatures.

”Effluent is an inevitable product of silage production however, aiming to keep the volume produced to a minimum is key, not only to avoid the pollution potential but also to improve the efficiency of the silage making process by retaining all the nutrients harvested with the crop,” she added.

”Considering the management of the effluent crop is also vital. If the crop is being stored in a silo, time should be taken to inspect the silage pit walls, floor and drainage channels.

“Completing this well in advance of harvest allows time to repair cracks and joints in the concrete.

”If the silage is going to be baled, it is also important to remember the regulations set out in the Nutrient’s Action Programme (NAP).

”Bales should be stored a minimum of 10m from any waterway which effluent could enter, to avoid effluent leaching from the bales reaching the watercourse,” she added.

”If bales are stored on hard standing, all effluent should be collected and therefore the area should be inspected similar to a silage pit.”

Heather concluded: “The majority of effluent is produced in the first two weeks after ensiling however, it is important to continually monitor effluent.

“Allow effluent channels to flow freely, ensuring they are clear of obstruction, allowing effluent to travel directly to the storage tanks.

”The levels in the effluent storage tanks should be continually checked to avoid overflow. Be aware of signs that effluent is escaping. If effluent is making its way to a field, grass will appear scorched.

”Also, check waterways for unpleasant odours or the presence of foam discolouration, and for any differences above and below the discharge points.”