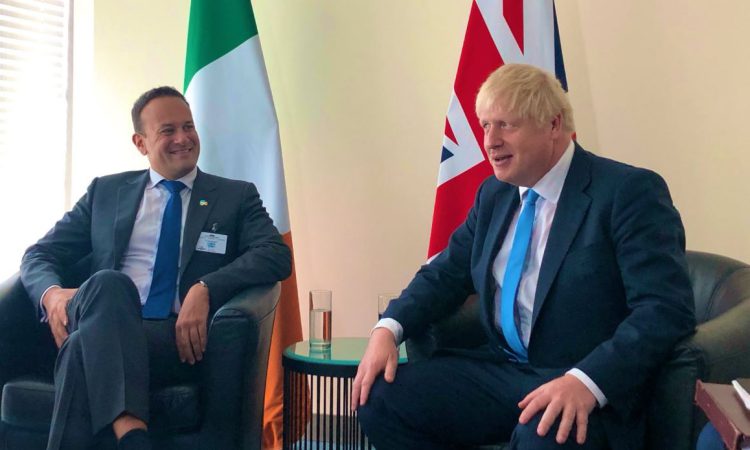 The Taoiseach, Leo Varadkar, has stated that it will be “very difficult” to secure an EU-UK Brexit deal ahead of the October 31 deadline.

As such, it is also increasingly unlikely that any meaningful progress will be made before a key meeting of EU leaders at an EU Council meeting in Brussels next Thursday and Friday, October 17 and 18.

Speaking after the Government delivered its cautionary, hard Brexit-framed Budget 2020 at Leinster House yesterday, Tuesday, October 9, the Taoiseach outlined the details of his most recent discussion with UK Prime Minister Boris Johnson.

In conversation with broadcaster Eileen Dunne on RTÉ News, the Taoiseach relayed what both leaders discussed over the phone yesterday evening: “With regards my conversation with Prime Minister Johnson, we spoke for about 45 minutes.

“We both restated our commitment and desire to try to secure a deal so that the UK can leave the EU in an orderly fashion.

“If there is a no deal the countries that will be worst affected will be Ireland and Britain, so we very much want there to be a deal.

I will work until the very last moment to secure that – but not at any cost. There are some fundamental objectives that haven’t changed for the last three years and we need them guaranteed.

“I think it’s going to be very difficult to secure a deal by next week quite frankly.

“Essentially, what the UK has done is repudiate the deal that we negotiated in good faith with former prime minister Theresa May’s government over two years, and it has sort of put half of that now back on the table and saying ‘that is a concession’ – and of course it isn’t really,” he said.

The Taoiseach repeated that there are two big gaps that remain between the sides as regards reaching a resolution – firstly on how the democratic consent mechanism will work, and secondly on the customs union.

“On customs where there is quite a wide difference, we don’t want there to be any checks or tariffs or quotas when it comes to trade between north and south and how we can square that with the UK leaving at the same time is extremely difficult,” he said.

Despite the disruptive, harmful tone being communicated from some political quarters on how to reach a resolution on the UK’s departure from the EU, the Taoiseach also stated that “he doesn’t play dirty”.

It is from some quarters but I don’t play dirty; and I don’t think most EU leaders do either. We’ve been very straight up from when the referendum happened three years ago.

“The UK has decided to leave the EU; we respect that but they made commitments to us that there would be no hard border between north and south, that the all-Ireland economy would be protected, so would citizens’ rights, and that north-south cooperation as envisaged by the Good Friday Agreement would continue.

“It’s my job really to hold them to those commitments that they made in good faith,” the Taoiseach stated.