UK pork exports down £4 million for year so far 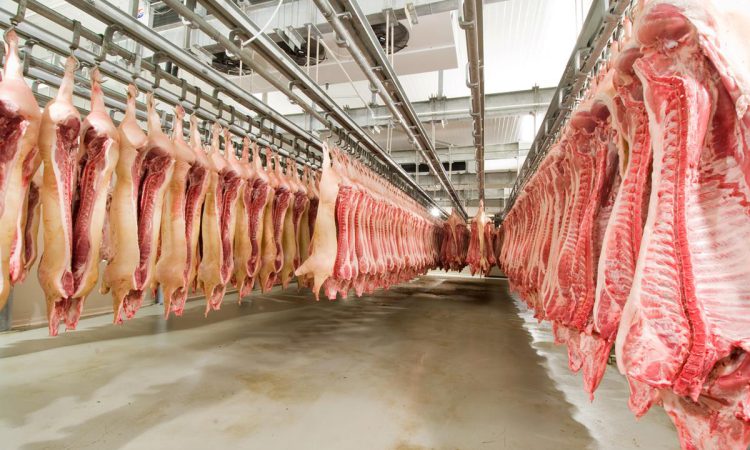 British government figures show the total value of UK pork exports has fallen by more than £4 million so far this year.

According to the latest Her Majesty’s Revenue and Customs (HMRC) figures, which cover the first six months of the year, a total of 177,638t of pork has been exported around the world so far this year, worth around £304 million. However, both figures are down compared to the year before.

Around 60% of UK pigmeat consumption is imported, and about 30% of the country’s production is exported. As a result, developments in trade can have a significant influence on farm-gate prices.

Increased demand from non-EU countries saw other exports increase by 20,029t (up 19.5%). However, it was not enough to offset the reduction in volume from EU buyers, which fell by 35%.

Covid-19 and Brexit related trade barriers were blamed for the 29,453t slump in sales to EU countries.

The Republic of Ireland, traditionally the biggest EU buyer of pork from the UK, cut its imports by 28.3%, costing the UK £23.8 million in export value.

Similarly, Germany, the second-largest EU buyer in terms of volume, slashed its orders of UK pork by more than half – from 17,556t to just 7,790t so far this year. The resulting fall in export value was £12.8 million.

Overall pork sales fell to all EU countries, but within the categories, there were some exceptions to the trend. France more than trebled its imports of UK fresh and frozen pork from 1,774t to 7,865t so far.

China retained its place as the largest global buyer of British pork. Even before Brexit, last year the country alone imported more UK pork than all EU member states combined. However, despite China’s total imported volume falling slightly by 1.8% (from 84,654t between January and June in 2020), the overall value increased by 12.3% totalling £148 billion.

Other markets in Asia such as the Philippines provided a boost, with exports rising from 2,800t to more than 14,300t – valued at £22 million. South Korea has also grown from a low base to 1,924t this year.

UK pork producers have also benefited from increased demand from the US and Australia. Shipments to North America were up 27% to 3,348t, worth almost £10 million, and Australia taking 1,613t of UK in the first half of 2021.

Jonathan Eckley, head of Asia Pacific, at the Agriculture and Horticulture Development Board (AHDB), said: “During a particularly challenging year for our red meat exports, pork has continued to prove incredibly popular in a number of markets outside of the EU – with demand increasing in markets such as Asia and Oceania.

“While the EU remains an important trading partner for the UK, it is imperative that we continue to identify and open a broad portfolio of markets further afield and our ongoing relations with markets such as Asia is providing a hugely important boost for our red meat sectors here in the UK.”