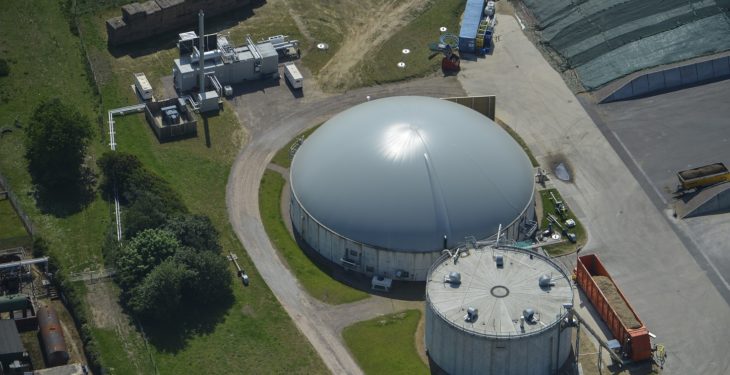 Northern Ireland’s Anaerobic Digestion (AD) sector is set to rocket within the next half decade.

A government official who deals with the processing of applications revealed there are currently 103 AD sites either in construction or already approved in the region.

Once completed, these will be capable of processing around 1.4 million tonnes of feedstocks a year.

It could make finding conacre and silage harder for farmers, but researchers say there are also environmental concerns – digestate from the plants contains high levels of nitrogen in the form of ammonia.

Anaerobic digestion has become a popular diversification for farmers as the extra income often subsidises other parts of the enterprise.

Speaking at an anaerobic digestion conference in Belfast on Thursday, industry leaders claimed AD has the potential to be worth up to £33 million a year to the Northern Irish economy.

There are currently 42 biogas plants in the region – more per capita than in England, Scotland or Wales.

While it’s likely some of the plants which have been approved may not ever be built or commissioned, due to funding or other issues, it still signals a significant boost in the AD movement.

The market here has already grown more than 2,000% since 2011, according to the Anaerobic Digestion and Bioresources Association (ADBA).

Thinking about the future

Speaking at a major industry conference in Belfast run by ADBA, Finegan said:

“We are producing masses of nitrogen, and it’s great – it produces great food and farmers love it, it’s really important for everybody. But the nitrogen cycle isn’t stable any more – it’s now referred to as the ‘nitrogen cascade’.

“The outlets of the cascade are not going round in the process they are being released.

“Only 10% ends up in the food chain; the rest of it is released in the air, water and creates ozone – which is good up in space, but on the ground it has major impacts on the environment.

“Air pollution ammonia dropped slightly when CAP reform was brought in but has started to rise again. It’s a particular issue in Northern Ireland.”

Finegan explained nitrogen levels were estimated to have risen by 4.3% between 2013 and 2015.

The entire territory of Northern Ireland is above its critical level of ammonia and nitrogen deposition, and where this has gone to court in other jurisdictions the judgements have been very clear and very straight forward – there has been a moratorium.

“We’ve got to balance sustainable growth with meeting our legal obligations – and it’s tricky – it’s a very fine line,” he said.

“We are criticised for not allowing enough new developments but on another hand we need to manage emissions.”

Air pollution in general is thought to result in 40,000 premature deaths a year in the UK and costs the British economy between £15 billion and £20 billion a year.

“If we get this nitrogen problem fixed everybody wins – there’s less people going to hospital, there’s less environmental damage and there’s more profitability for the farmers – it’s just getting a way forward which works for everyone.”

It comes as ADBA is introducing an auditing scheme for its members. The benefits include reduced insurance costs and finance and will be piloted on three farms.

It’s expected the auditing programme will open more widely by the end of November.

So far, 24 new plants have been commissioned in Northern Ireland since 2015.