A 21-year-old woman has died in a quad bike accident on a farm in Castle Douglas, Scotland.

The incident happened in the area in Dumfries and Galloway on the morning of Wednesday, September 22.

In a statement, a spokesperson for Police Scotland said:

"We were made aware of a 21-year-old injured after coming off a quad bike on a farm near Castle Douglas shortly after 11:15a.m on Wednesday, September 22.

Emergency services attended but the woman was pronounced dead at the scene.

"The Health and Safety Executive has been informed and a report will be submitted to the Procurator Fiscal in due course."

Scotland most dangerous region for work in UK

Acccording to a report recently covered by Agriland, in the UK, farming is the second most dangerous industry and Scotland is the most dangerous region for work.

The Dangerous occupations Report 2021 carried out by i'm insured, examined Health and Safety Executive data on workplace fatalities between 2015 and 2020.

The findings show that almost one in every six deaths can be attributed to farming in the UK, making it the most dangerous occupation for the nation right after construction.

Furthermore, 17.40% of deaths can be attributed to Scotland, making it the most dangerous region in the UK for work. 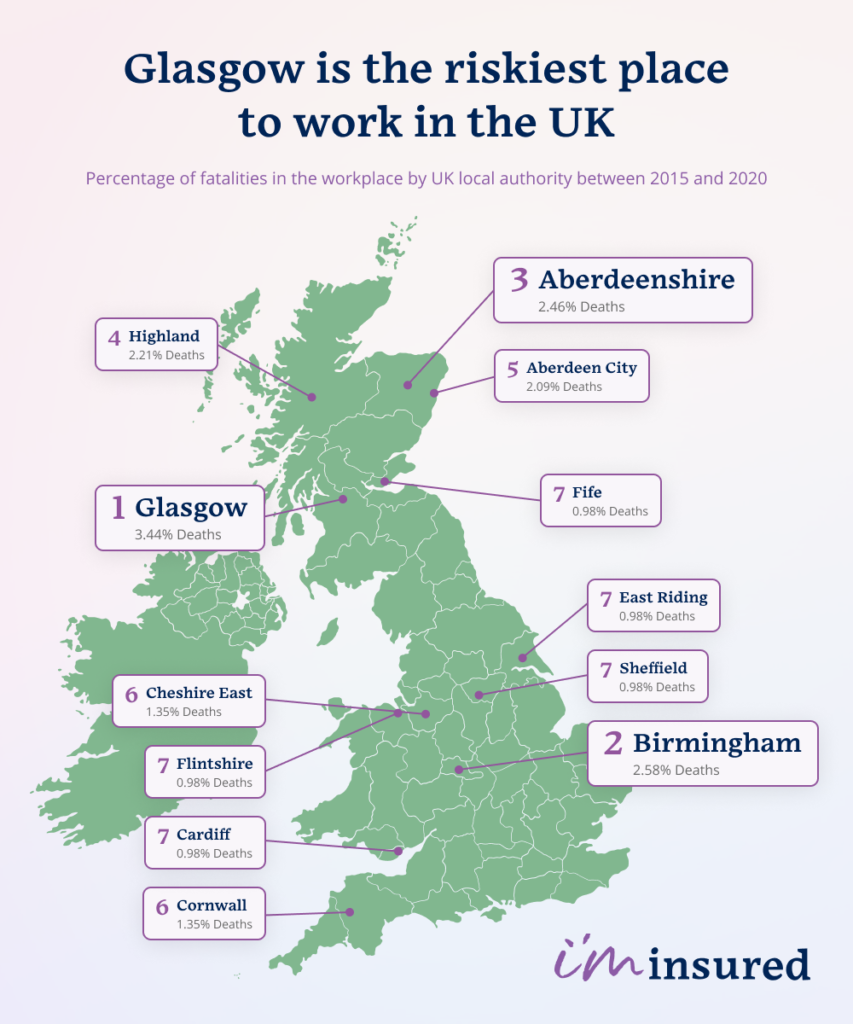 Workers in Glasgow, specifically, are more likely to die at work than any other place in the UK - over three in every 100 UK workplace deaths occurred in the city between 2015 and 2020.

According to the National Farmers' Union (NFU), Scotland: “Some 80% of Scotland’s land mass is under agricultural production, making the industry the single biggest determinant of the landscape we see around us.”

Farming is the UK's second most dangerous industry