Farming is the UK's second most dangerous industry, according the Health and Safety Executive (HSE) workplace fatality data analysed in a new report.

The report carried by out I’m insured, examined data on workplace fatalities between 2015 and 2020. Based on their findings, construction is the nation’s most dangerous job and farming is the second, with almost one in six deaths attributed to both occupations.

Healthcare/nursing and manufacturing follow shortly after, accounting for 13.27% and 12.90% of UK occupational deaths respectively. 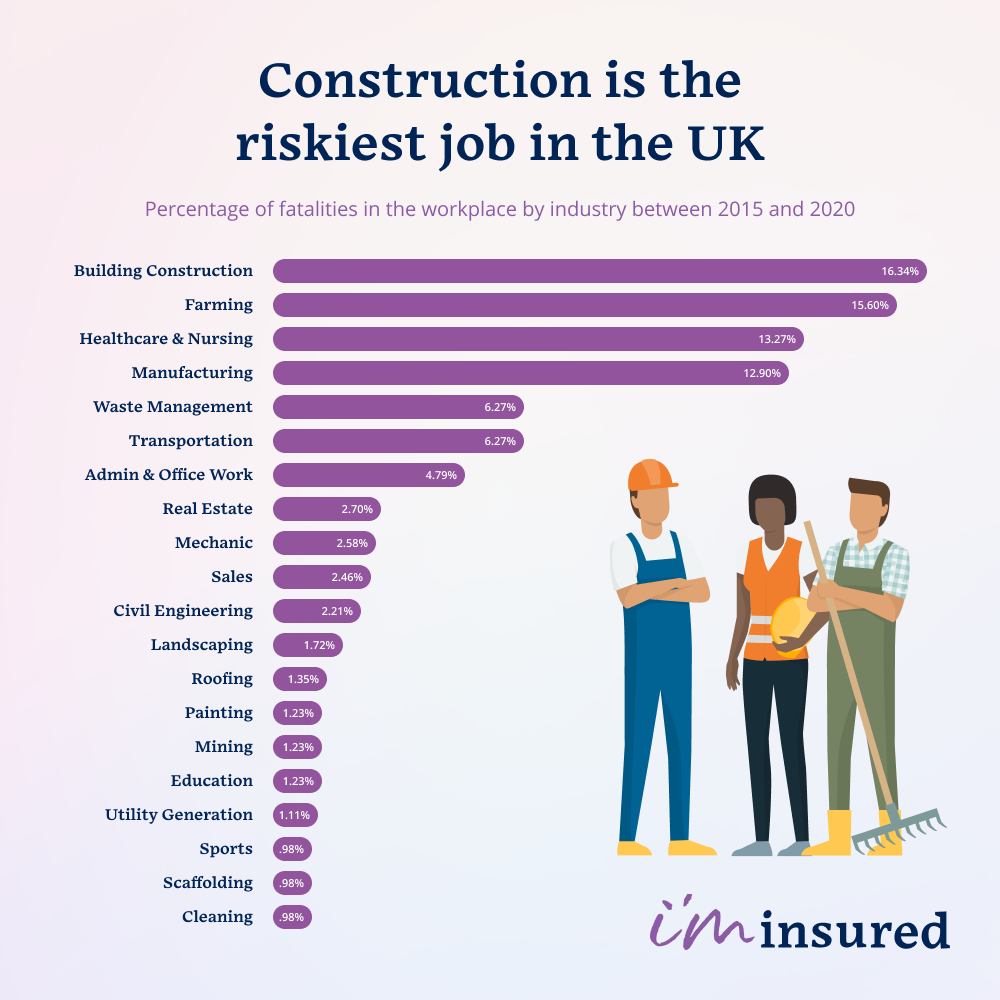 The report also examined workplace deaths by area, and found Scotland to be the most dangerous region in the UK for work, with 17.40% of deaths justly attributed.

Furthermore, workers in Glasgow, specifically, are more likely to die at work than any other place in the UK.

In close second is Birmingham, with one in 50 workplace deaths happening in the midlands city.

The safest area for workers in the UK is the North East, having only had 2.58% of UK work-related fatalities between 2015 and 2020. 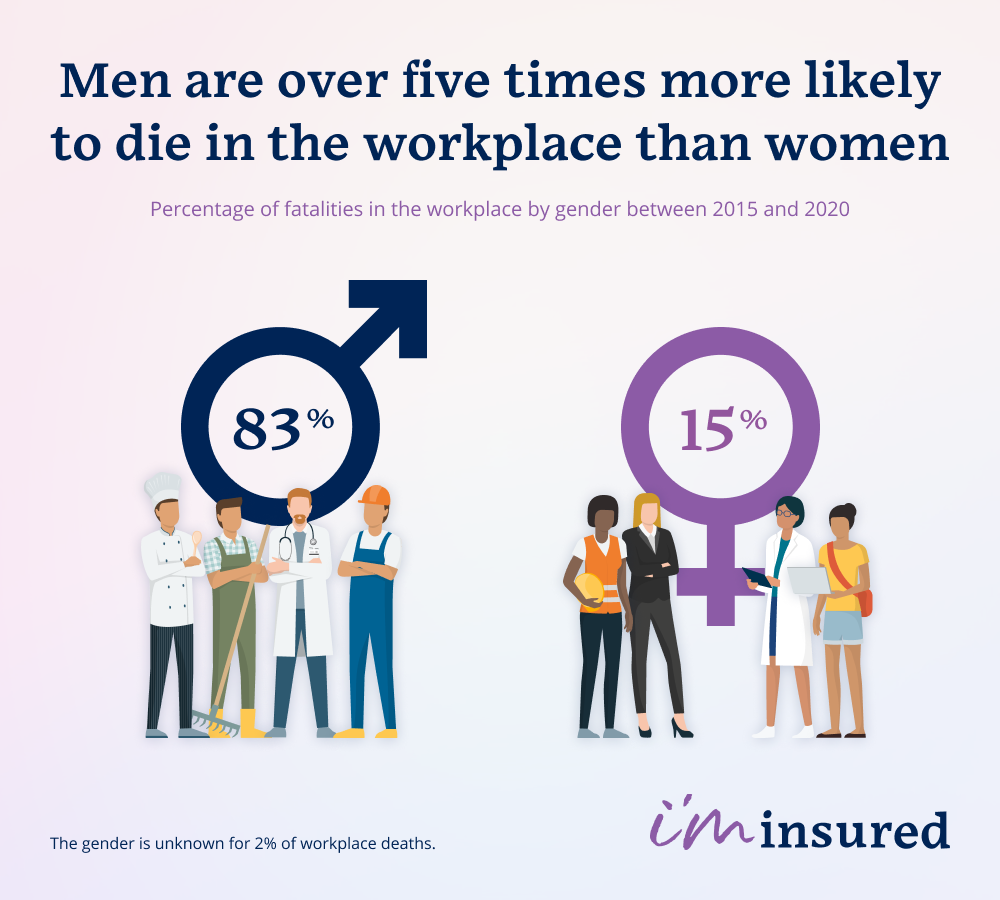 According to the I’m insured report, men are also five times more likely to die in the workplace than women.

Overall, the largest cause of death in UK occupational accidents was falling from a heights/fatal falls, accounting for 33.91% of deaths.

The second largest cause of death was being struck by a moving vehicle, accounting for 13.39% of deaths, followed by being struck by an object (11.67%), being trapped by something collapsing (9.09%) and contact with machinery (3.44%).

On the list of most common causes of non-fatal accidents in the workplace are injuries from handling/lifting/carrying (26.18%), slips, trips or falls (23.63%), contact with moving machinery (3.82%) and injuries caused by animals (0.79%).