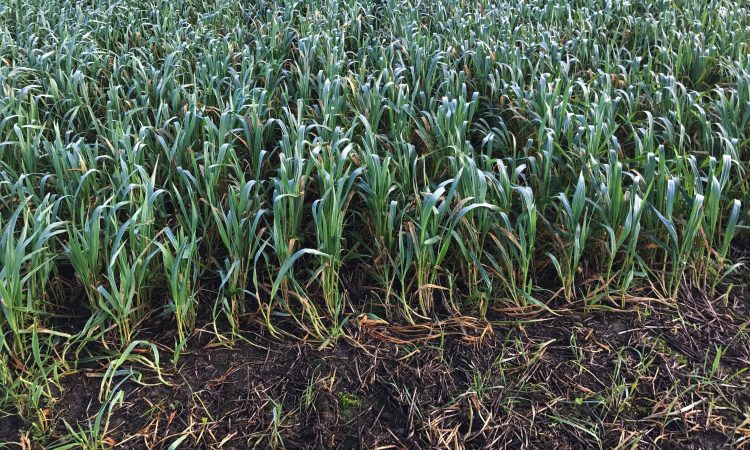 Growers in Northern Ireland have been granted a derogation to the crop diversification requirement of the Basic Payment Scheme for 2020.

DAERA Minister, Edwin Poots MLA announced his intention to bring forward a derogation for the requirement, which is commonly known as the three-crop rule today (March 26).

Figures released earlier this month by the Met Office showed February 2020 was the wettest on record for Northern Ireland.

The provisional figures showed 222.7mm (8.8in) of rain fell in the region – more than double the monthly average.

The Minister said: “This winter has seen extremely high levels of rainfall, particularly over the December to February period with record amounts being recorded for the month of February.

I understand the difficulties that this has caused for arable farmers with plantings delayed or abandoned.

“In these circumstances, I believe that many farmers could not comply with the crop diversification requirements, or could do so only with great difficulty.

“Therefore I intend to introduce a derogation from all the Crop Diversification requirements for 2020 scheme year and will bring forward the necessary legislation to the Assembly in due course for approval.”

The UK Farming Roundtable called for the Government to grant a derogation from the rule and to broaden the extent of the Farming Recovery Fund earlier this year. Derogation has already been granted in the Republic of Ireland, Scotland as well as

The three-crop rule requires farmers to have three crops in the ground on their farm between May 1 and June 30.

However, with thousands of acres of farmland underwater, farmers in many parts of the country have been unable to plant crops.

A joint statement from the UK Farming Roundtable said farmers were facing an “unprecedented situation”.

“Relentless rain has meant some farmers won’t have been able to get on their land since the autumn,” it read.