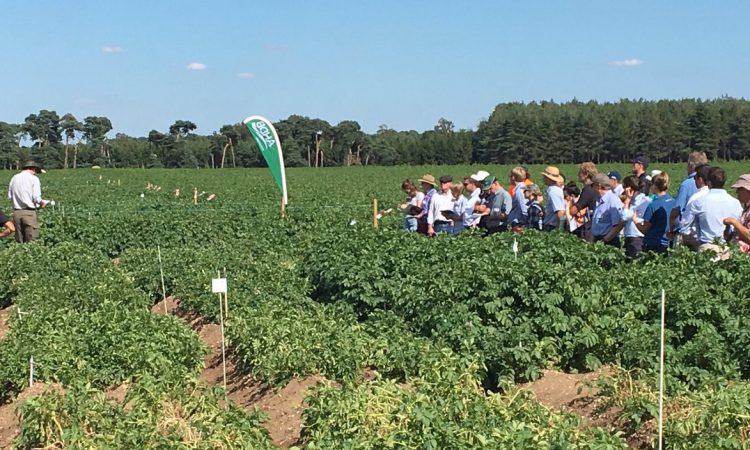 Bringing together a wider range of expertise for the industry, AHDB Cereals and Oilseeds and AHDB Potatoes Knowledge Exchange have united to create a single arable team.

Kathryn Hales will join the team as knowledge transfer officer upon finishing her AHDB-funded PhD in October.

Head of arable knowledge exchange Tim Isaac said: “We are delighted to offer potato growers increased provision with the appointment of these roles.

The sector will also benefit from the continuity provided by the fact that three of the four appointments are promotions or internal moves.

“Dr. Stone will remain in her role in the west for the remainder of this growing season, again to provide continuity, as we continue to expand and improve on the service we provide.”

Familiar face in the East Midlands

Amber Cottingham has taken up the role of knowledge exchange manager for the East Midlands region and joins the team from AHDB Potatoes Market Intelligence.

Prior to joining AHDB, Ms. Cottingham was part of the graduate programme at Branston.

She said: “I have been fortunate enough to see much of the potato industry – from field to supermarket shelf and beyond. I have seen a lot of exciting progress and development throughout the supply chain.

I am looking forward to helping levy payers implement new research on farms, and demonstrating the link between best practice and the end customer.

As part of her new role, she will be available to visit growers and businesses across the region. She will also be at the Strategic Potato Farm North field walk in North Lincolnshire on Thursday, August 16.

Dr. Anne Stone and Kathryn Hales will commence their new roles in October. These knowledge transfer positions will support the five potatoes-focused knowledge exchange managers in the regions.

In their new roles, the pair will channel the results of AHDB’s multi-million pound research programme into a format for use in a commercial farm environment.

Tim Isaac said: “Anne and Kathryn have an in-depth knowledge of plant pathology, gained during study for their PhDs, which makes them ideal for knowledge exchange roles.

“Anne’s experience of working with potato growers in the west over the last three seasons and her existing relationships with our knowledge exchange team will help us focus research results into usable ideas.”

Bannister joined AHDB a year ago, securing a new strategic farm for the north during that time.

Tim said: “Graham has worked in potatoes for over a decade and his experience of running teams in the agricultural sector will be invaluable.” 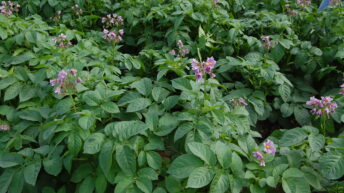 Industry urged to consider the potato of the future